Fred Vargas (1957-) is the most successful contemporary author of crime fiction in France, and one of the most translated contemporary French writers. The pseudonym of Frédérique Audouin-Rouzeau, a former University researcher in history and archeology, Vargas has created the character of Inspector Adamsberg, the protagonist of a long series of novels which have been translated adapted for television. 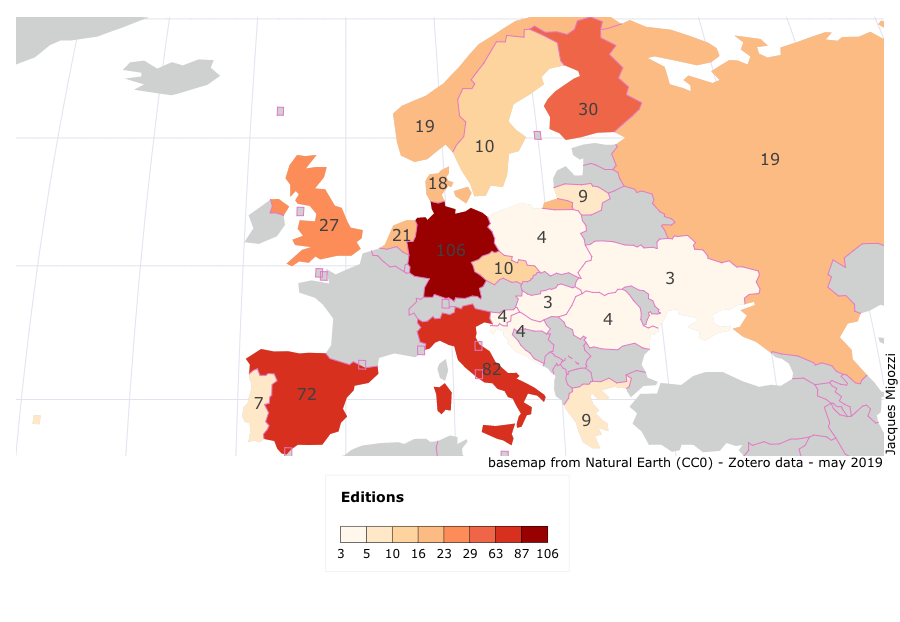 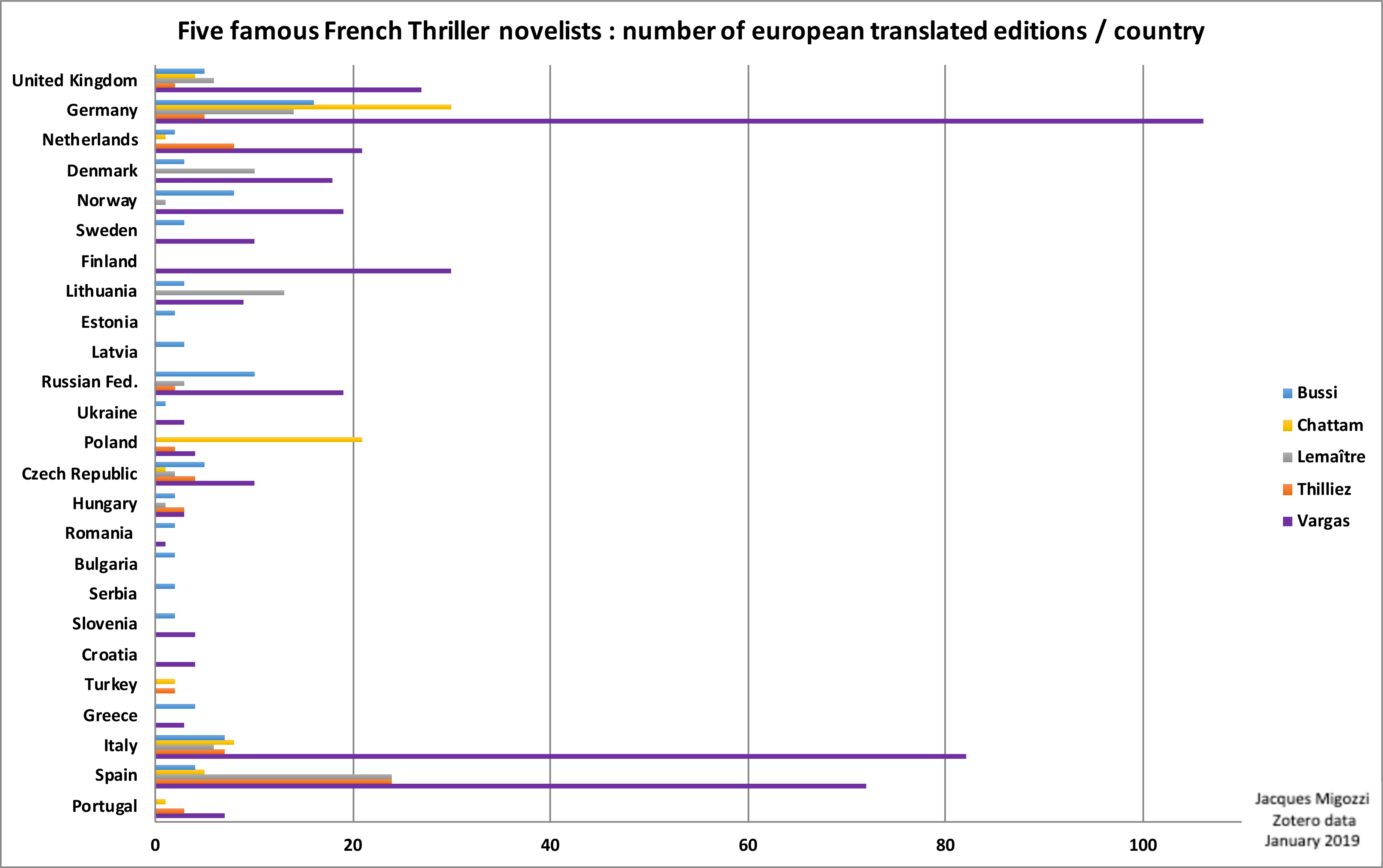 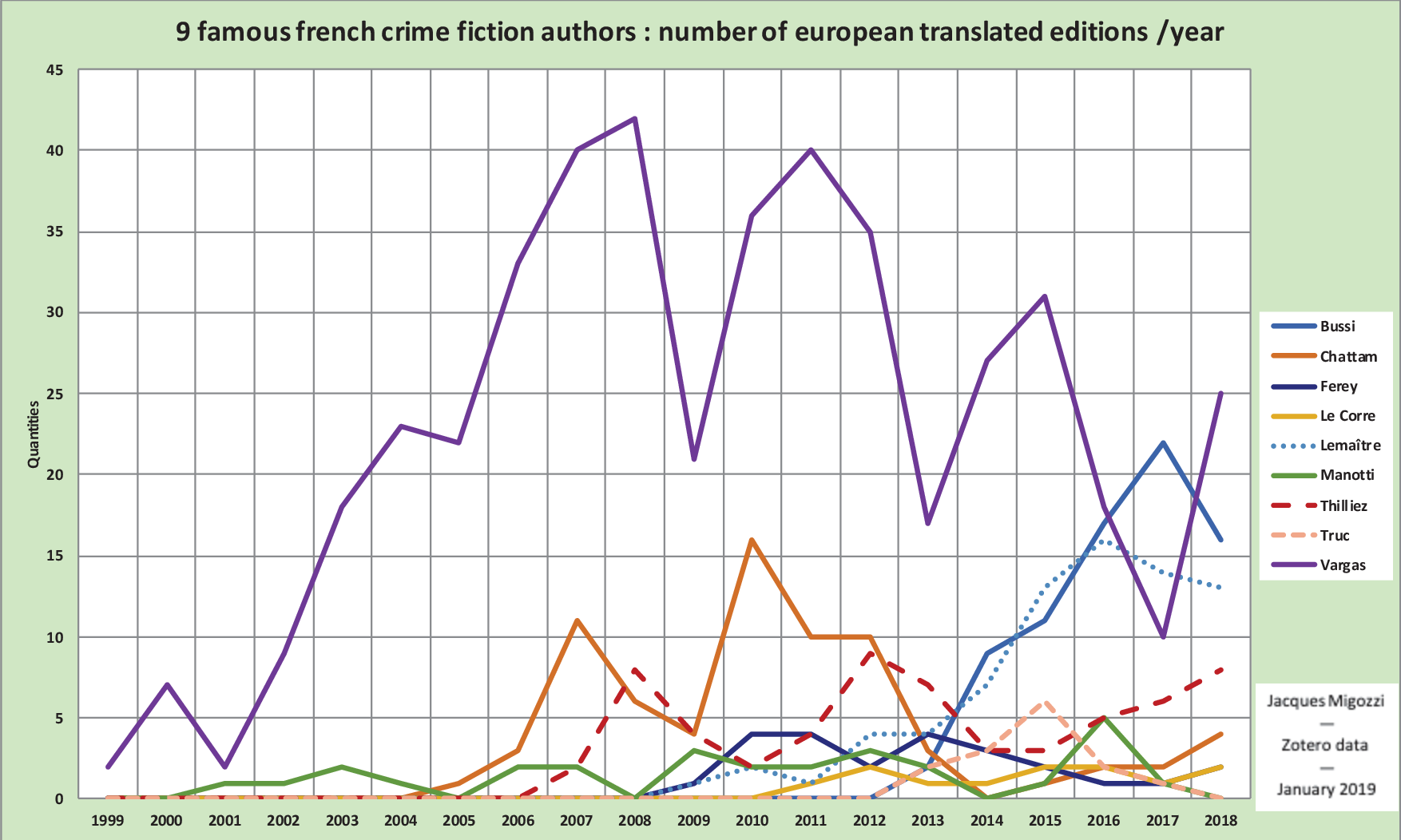 This dataset compares the number of translations of a group of French writers specialised in the thriller genre. The data visualized in this graph have been collected from the online catalogues of European national libraries using Zotero. 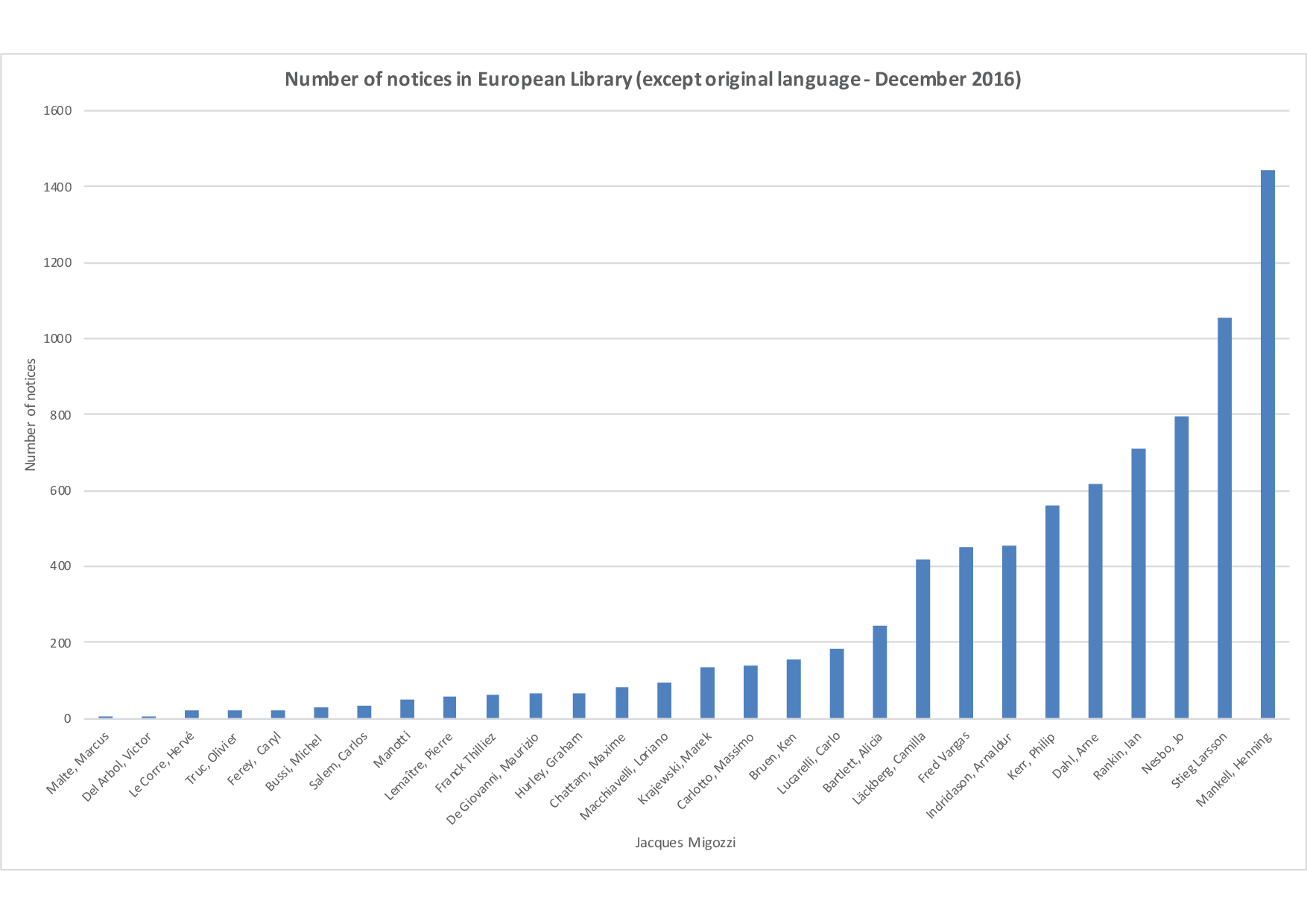 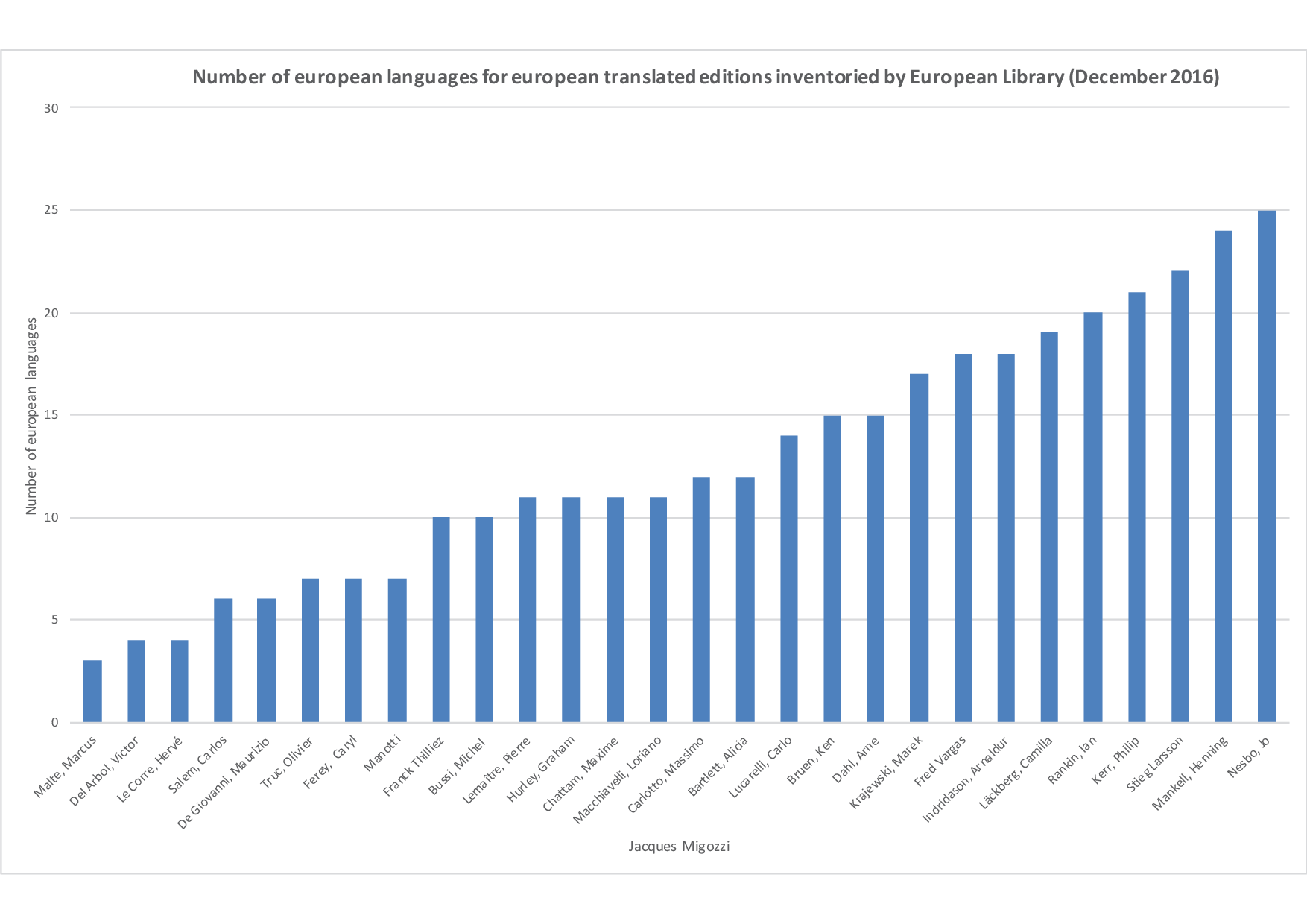 These graphs compare the translations of Fred Vargas’s novels with those of nine French writers and twenty European crime fiction authors whose work has been translated into several European countries.
The sample was selected to reflect a broad spectrum of countries, and to include authors from the same generation. The selection comprises three Spanish writers (Alicia Bartlett, Carlos Salem, Victor del Arbol), four Italians (Andrea Camilleri, Maurizio de Giovanni, Loriano Macchiavelli, Massimo Carlotto and Carlo Lucarelli), one Pole (Marek Krajewski), one Greek (Petros Markaris), three British (Ian Rankin, Philip Kerr, Graham Hurley) and one Irish (Ken Bruen), 4 Swedes (Henning Mankell, Stieg Larsson, Camilla Läckberg and Arne Dahl), one Icelandic (Arnaldur Indriason) and one Norwegian (Jo Nesbo).
For each of these writers, the graph visualises the number of entries archived on the European Library portal’s website by the 12/31/2016.
The dataset allows to compare, first of all, the number of entries for European editions in translation and, secondly, the number of European languages that each author was translated into. These two figures can be used as basic quantitative indicators of a book’s and a writer’s influence outside of their country of origin.