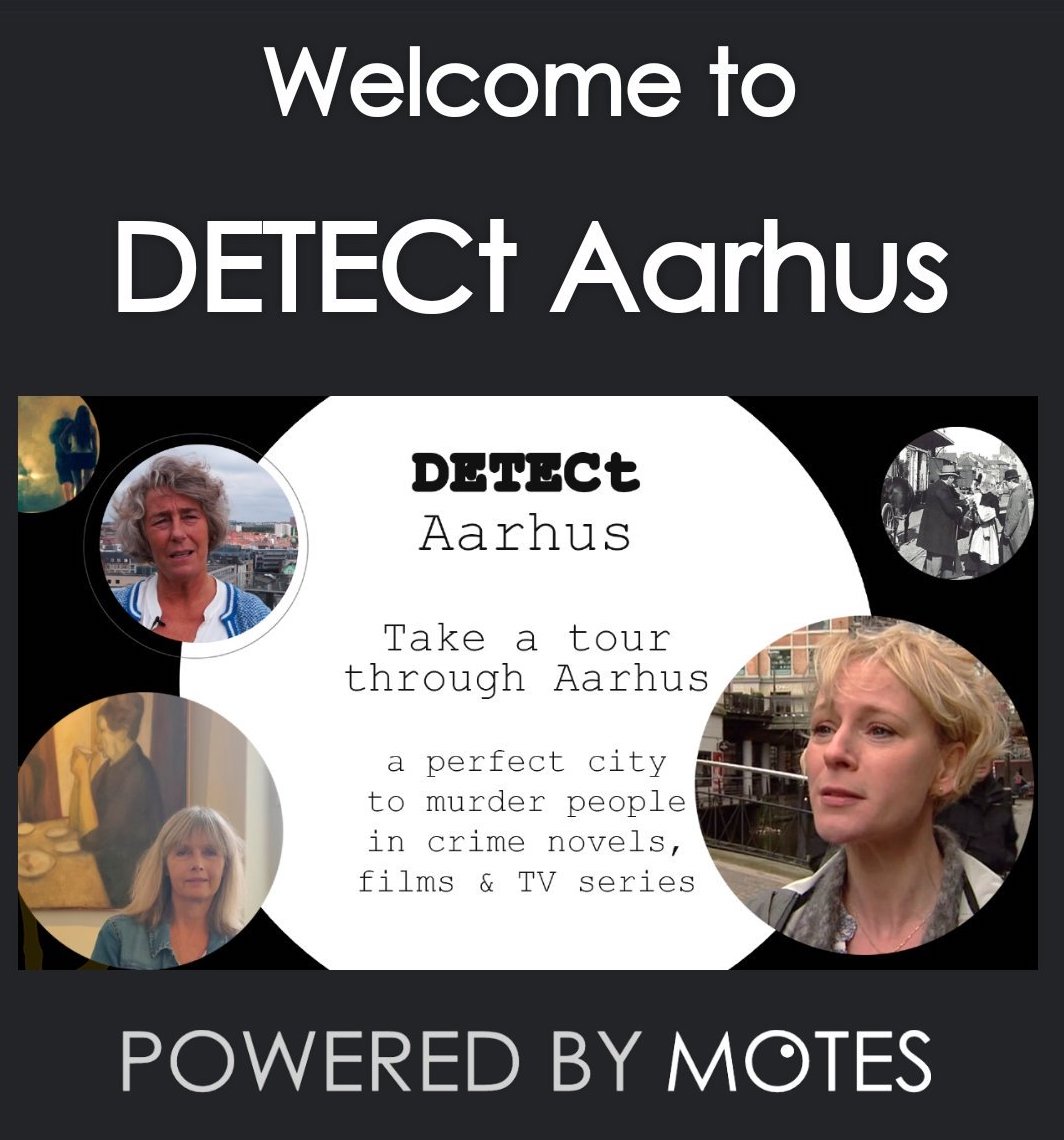 “DETECt Aarhus” in the trial version

Rådhus: Welcome Video.
Banegårdspladsen: Interview with Ulla Malmos about filming The Exception (2020) in Aarhus.
Bridge over Fiskergade: Trailer for the film Live Strong (2014).
Åboulevarden: Clip from TV2 Østjylland showing “behind the scenes” from filming Dicte.
Bassin 2 (Harbour): Still images from the silent film The White Slave Trade (1910). Audio-Interview with Dr. Niels Nyegaard about the cultural phenomenon of the fear that Danish women become victims of human trafficking which inspired the film as well as books and plays.
Women’s Museum: Audio interviews with novelist Elsebeth Egholm, who wrote the Dicte novels.
Kornpier: Video Interview with Ulla Malmos about the filming a stunt scenemfor Live Strong in the Harbour Area.
Filmbyen: Clip from TV2Ø about filming Dicte in the Filmby Studios.

The DETECt Aarhus web-app is a locative screen tourism experience that is open to a broad range of visitors to Aarhus. The app has been realized based on the platform “Motes”, a solution for locative tourism experiences offered by a Copenhagen-based company of the same name, who is the subcontractor for project. 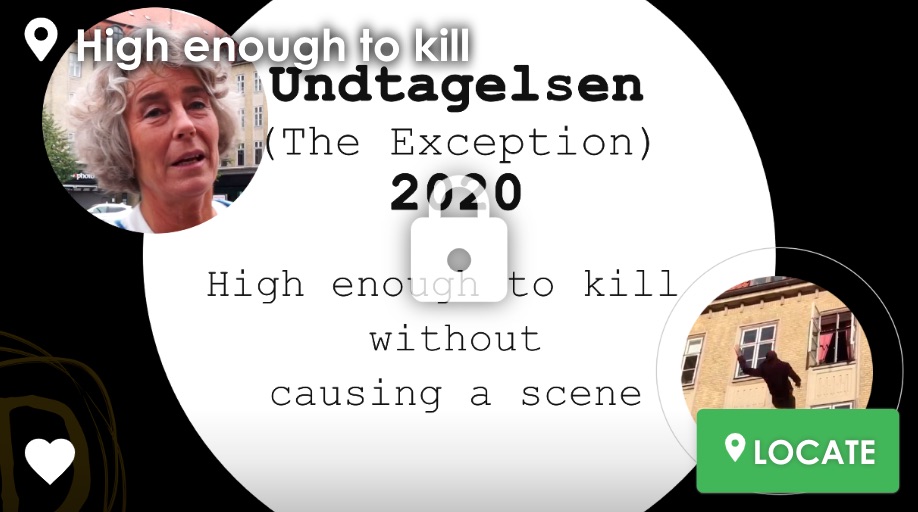 The DETECt app is mediated through the mobile phone on location. Tourists can download the app on WiFi or use it via mobile data. This feature has been implemented to cater also to tourists from outside the EU, who cannot enjoy free data roaming. The app is not downloaded from an app-store but is used through the browser on their phones. The app is accessible via app.motes.world/map/detectaarhus. When the full version is launched a shorter and easier URL will be registered.

The app offers a choice of different clusters and themed tours of audiovisual stories they can “unlock” when standing in a specific location. These stories are called “Motes”. To use the app, tourists have to be in Aarhus but can assemble their tour at their own leisure. Each Mote adds a specific layer of meaning to the physical space the tourist is located in. Tourists can interact through “loving” a Mote. At this stage no social media features have been implemented, because in Motes’ experience from other tours, this is not a feature users desire. We have, however, suggested a feature that users can ‘share’ that they have completed the tour on social media, in order to create more visibility for the app.

A rich combination of varied content makes the app interesting for many target groups: from interviews with location scouts to trailers, from “behind the scenes” clips of TV series produced in Aarhus to interviews with noir novelists, to content more generally related to the audiovisual culture and heritage in the Nordics (e.g. Silent Film Era). This combination turns the physical space of Aarhus into a specific place of crime and investigation (e.g. Dicte) and allows experiencing the city as a site of film and TV production (e.g. interviews with location scout Ulla Malmos).

More tours for the app will be developed. One new route will include Aarhus-based authors such as Elsebeth Egholm and Svend Åge Madsen reading from their books and being interviewed about them. The third tour is developed in collaboration with stakeholders from the Aarhus tourism industry (e.g. Occupation Museum, Viking Museum). Both tours offer the possibility of cross-promotion through the authors and the museums involved, who will communicate about the production process.

All tours will be available by spring 2020 when the app is launched for the public. The public launch will take place in March 2020 at Krimi-Messe Horsens, the biggest crime literature fair in Northern Europe.

January– May 2020: engaging more AU students with the app during the spring semester.
Early March 2020: soft launch. Publication of DETECt Aarhus on Motes platform. Beginning of promotion by Motes, VisitAarhus and app partners (online, social media).
Mid-March 2020: Distribution of press release & press kit about public launch and invitation to journalists to try the app.
28–29 March 2020: Presentation at Krimi-Messe Horsens.
From March 2020: Full promotion of DETECt App through VisitAarhus’, Motes’ and DETECt channels.
August 2020: Excursions with app as part of a summer course on European crime TV at Aarhus University.