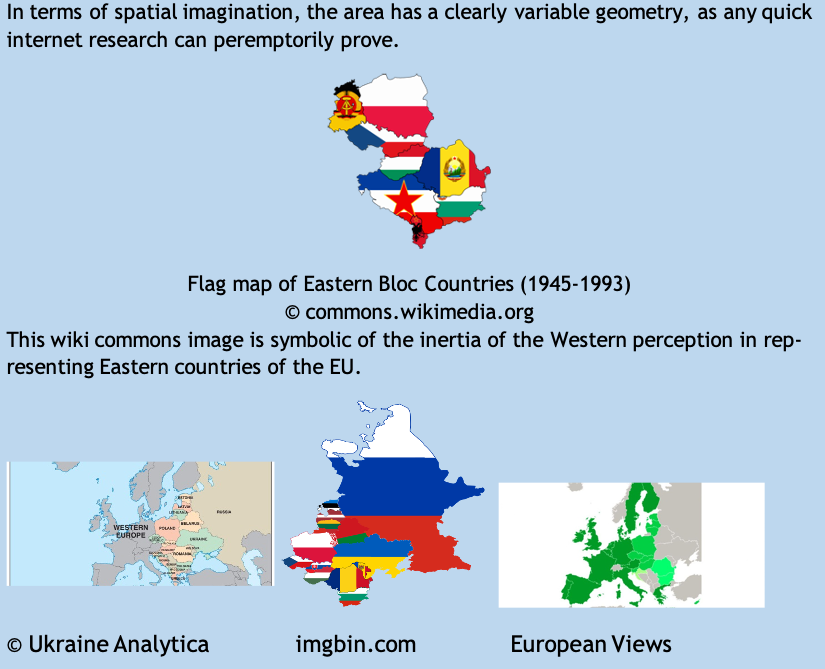 Eastern-European-ness in Western/Eastern Crime Narratives: A Game of Mirrors?

The East-West relations are one of the most obvious fields where the European identity seems to be a clearly unfinished business. Generally, we assume that we know what we talk about when we talk about Eastern Europe. In fact, this partition of the continent inertially reproduces the pre-1989 geo-political divide between a Western and an Eastern bloc. The notion follows the exact contours of Soviet expansion and domination while referencing the deeper history of subjection to imperial domination. On another level the construction of Eastern European otherness has begun with the thinkers of the French Enlightenment who attempted to construct “the modern Western identity” as opposed to an almost imaginary European neighbor. The reality is that, from all the perspectives that count, – Eastern Europe is a fluid mental representation. 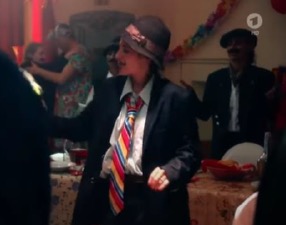 Romanian local rituals as seen in Escape to the Carpathians – Germany, ARD, 2016.

Considering Eastern-European-ness and its representation in crime TV series four major cases were taken into consideration:

In order to build comparable case studies, we worked with three major conceptual frameworks. 1. The difference between profiling, as a spontaneous expression of social angst and contempt and representation which connotes both a political procedure, and a process of collective imagination. 2. The distinction between auto– and hetero-stereotyping. 3. The aesthetics and politics of intersectionality (a nexus of gender/class/ethnicity).

An overall tendency in the first category is that Western European crime series expose a tendency of stereotyping Eastern-Europe in subaltern terms. The image of the Other in Western European media and television, and especially of a vulnerable Other, bearing the weight of a colonial past, is governed by written and unwritten provisions of political correctness. But such provisions are generally suspended in the case of Eastern-Europe, on the grounds that 1. EE is not fully – other, since it is formally included in the EU, and 2. traditionally, EE counted as the second, not the third world, therefore it doesn’t appear on the Western no go map of racial and ethnic discrimination. Therefore, Western crime TV series construe Eastern European-ness in terms that would be seen as unacceptable to appalling if applied to African, Middle Eastern, or South Asian migrants or refugees. An analysis of the representation of Romanians in several Western-European crime tv series indicated an intriguing homogeneity characterized by a constant criminalization of male and victimization of female characters. The brutal one-sided-ness of the stereotyping is absolutely scandalous, but it seems to be taken as usual by the producers, the public sponsors, the critical establishment (usually keen on matters of political correctness), and the audiences.

The quasi-universal placing of Romanians in menial positions in Western European crime series reinforces an imaginary of inferiority and submission that would be found scandalous if applied to European communities of non-European origins.

Neither Western nor Eastern series seem to develop policies for the prophylactic deconstruction of mutual stereotypes. European productions dealing with the issues of Eastern- and Western-European-ness are still dominated by the opposition of auto- and hetero-stereotyping: locally produced crime dramas being more likely to develop locally accurate and trustworthy stories and characters. While constructions of Eastern-ness tend to be divided by the country of production, the same goes for the constructions of Western-ness, each Eastern European country having its own Western imaginary. However, it is undeniable that the Western realities are seen through the lenses of otherness. Cf. the need to escape the country governs Kuba in Blinded by Lights, or some of the characters of Golden Life and Underworld. 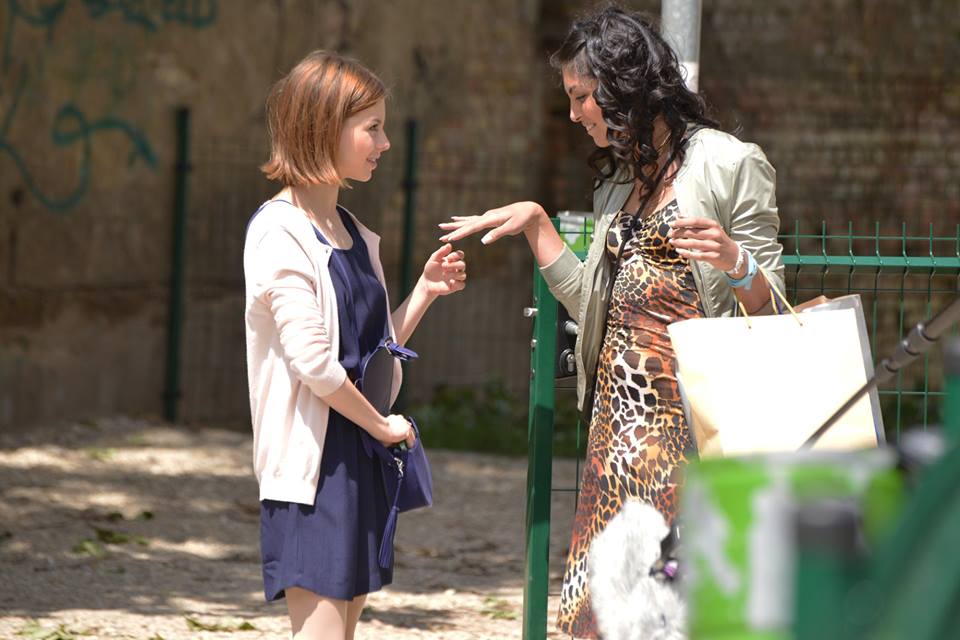 Stereotyping is essentially intersectional, and it should be countered with equally intersectional representation policies. An example to this are Roma characters whose onscreen representation became more and more complex after the regime change. In the Hungarian series Golden life, a Roma young nurse, Oszi (which usually is a male nickname) plays a crucial role. It is through her personal story that the narrative touches on the standing of the lower classes (the dwelling conditions of the character are highly significant from this perspective), or on their sexuality (the representation of a brief moment of physical attraction between her and her girlfriend, Mira, one of the protagonists). Even if Oszi is a complex character, she is represented as a victim (first she is sold as a prostitute in the West – cf. the trope of human trafficking –, then she is killed by gangsters left unpunished because of their connections in the police). Her case is a typical occurrence of the victimization combined with an intersectional consciousness.

In their attempt of countering Western stereotyping, Eastern European productions, while partially producing counter-stereotypes of ―Western European-ness, also tend to develop an aesthetics of intersectionality, identitary hybridity, and cultural mediation. For example the protagonist of the Hungarian HBO series, Golden life, Janka, mother of two and wife of a mobster cut? caught? in a love triangle with the best friend of  her husband  is also a good example for intersectional identities. The series shows her struggle to succeed in often contradictory roles: to be a good parent, to stay wealthy, to be attractive, to have a personal career. She is the only one of the three adult main characters of the series (her, her husband and their friend) whose past is revealed (she was raped in her younger age). Janka’s portrayal makes her one of the most complex characters in the history of Hungarian TV series. 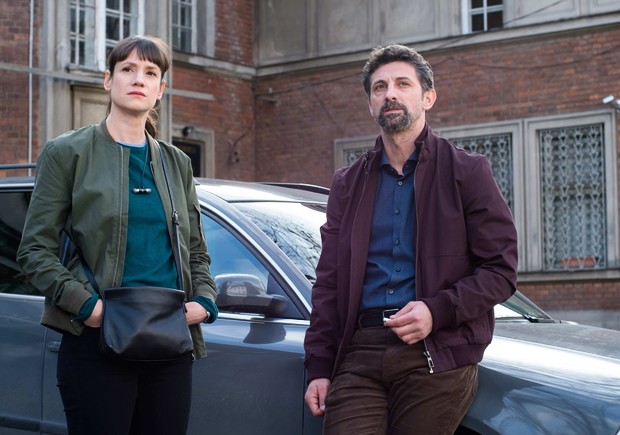 The emergent collaboration between Eastern European producers might offer a solution of leverage with ―the West in point of image (self-respect, honour/thymos), and should be encouraged through European policies. For the time being even in a TV series produced in Western-Eastern coproduction as Hackerville the dynamics of gender relations and interethnic perceptions appears as almost fully subordinated to stereotypical views. The incumbent observation here would be, as in other cases, that radicalized oppositions between Eastern-ness and Western-ness are partially depicted with comic intent, but still perpetuate a view of Eastern inferiority in social organization and scaling of moral values. An Eastern-European TV series, The Pleasure Principle, co-produced in multiple Eastern countries, goes beyond the topos of human trafficking as the signature felony of the East. However, the story does involve corrupt politicians and businessmen, shady lawyers, prostitution of minors, luxurious brothels, professional killers, oligarchs‘ connections cobwebbing the Ukrainian reality, organized crime in each of the countries and it even touches on the theme of illegal arms dealing to the Donbass region – all of which are part of the Western idea of a Central-Eastern-European world and point to traces of a common past. 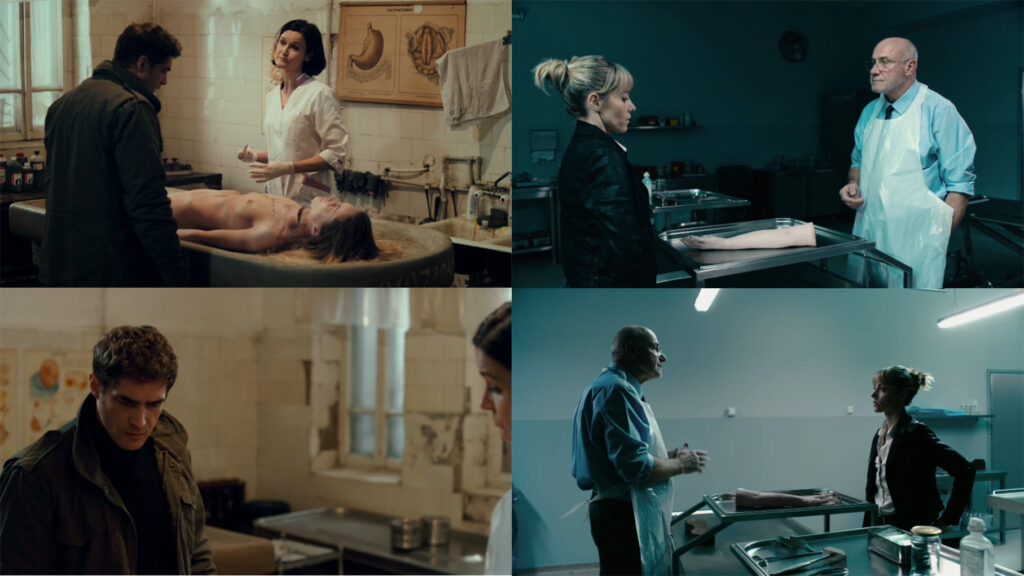 In conclusion a less stereotypical, more accurate portrayal of manifold Eastern, Central, East-Central, Central and Eastern European (etc.) identities is a task to be completed by serialized crime fiction.

A Game of Mirrors?

In their case studies the authors consider: a) Western European crime series that present stereotypes of Eastern-European-ness, b) Eastern European crime series that reflect upon post-cold-war constructions of Eastern Europe, c) the deconstruction and reflection of stereotypes circulating between East and West, e.g. in Western-/Eastern-European coproductions.
This website uses cookies to improve your experience. We'll assume you're ok with this, but you can opt-out if you wish.Accept Read More
Privacy & Cookies Policy