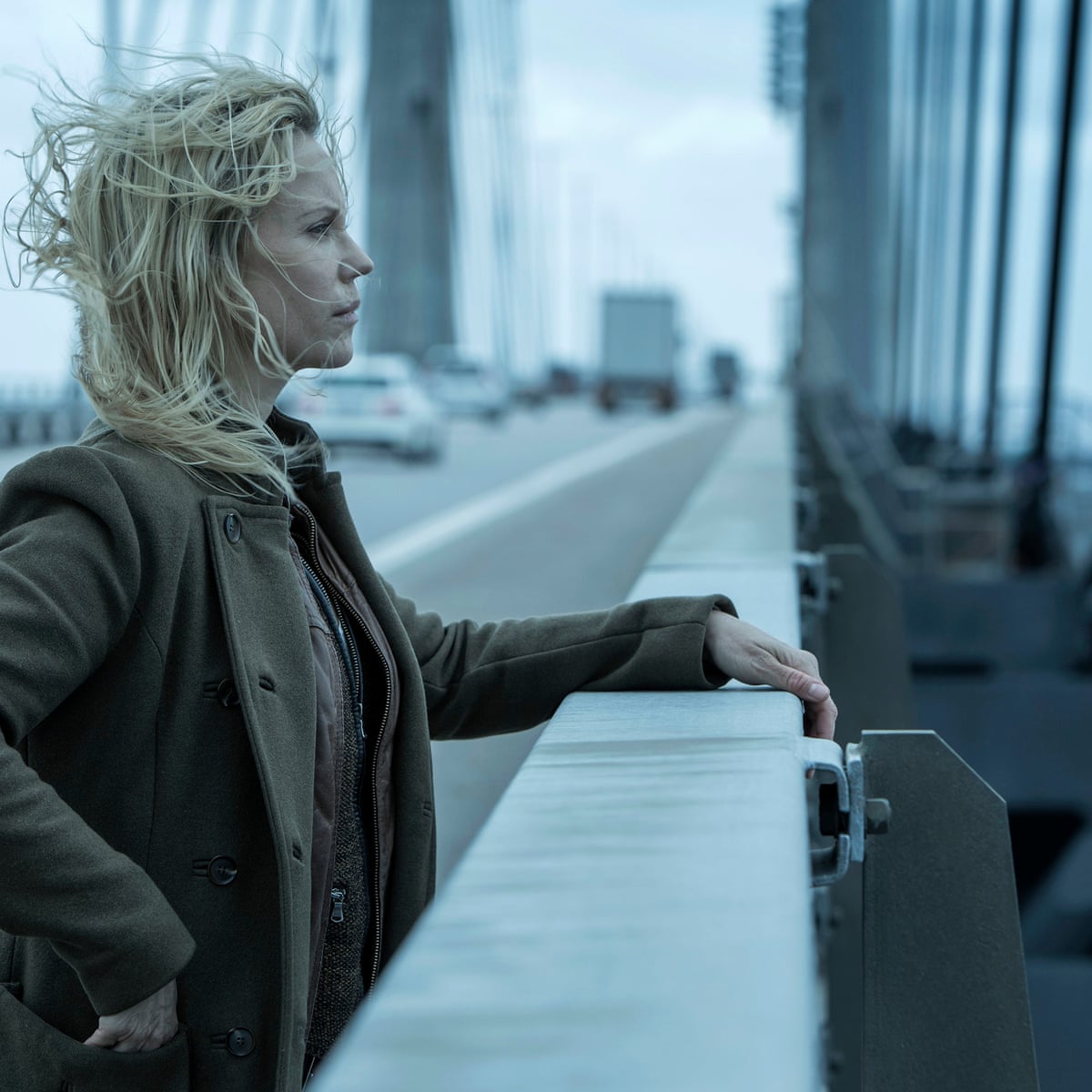 New report from the DETECt project

While a transcultural European identity is hard to substantiate in the production and distribution of crime narratives across Europe, the report holds significant evidence that the crime genre is, perhaps, the best suited genre for international exposure. It is well-suited for local stories that may find an international appeal. Crime fiction may establish translocal narratives that emanate from local territories, while style and content may hold topical similarities across cultures. In content, stories about loss, conflict, murder and investigation is an internationally recognizable format that may, in narrative form and style, translate well among cultures, whilst the specific story may include local variations and locative choices that, at the same time, highlight differences.

In especially TV production, the report concludes that the crime genre is not only the most popular genre for many institutions across the continent. At the same time, a range of producers and broadcasters maintain that the crime genre is the easiest genre to co-produce and distribute across different territories. The three factors may, in fact, be a self-reinforcing trend that includes a) an internationally recognizable and popular genre among audiences, b) a genre more prone to co-production and co-financing for producers, and c) an attractive genre among commissioners and distributors. As a general example, DETECt policy research concludes, for instance, that the crime genre is also the genre that has received the most funding from the Creative Europe TV programme in the period 2014-20.

For streaming services on the European continent, the crime genre has also been a significant go-to genre. Through analyses of Netflix, HBO Europe and the Nordic streaming service Viaplay, the report shows indications of a crime genre that has caught the attention of streaming services as both a popular genre among audiences and as an ‘entrance genre’ for new territories. For all analysed institutions in this report, the Nordic region has been attractive as a regional identity construction, but in order to tap into this specific regional identity Netflix, HBO and Viaplay have utilized Nordic Noir as a way to attract audiences’ attention – both in the Nordic region and beyond, indicating Nordic Noir as an ‘entrance genre’ for many different European territories, including local territories in Eastern Europe.

Regarding streaming services on the European continent, the position of local and/or European crime dramas on streaming services speaks into a European political anxiety due to the spread of non-European services. The question to the EU commission from parliamentarian Oliver Chastel (see figure 1) indicates the political atmosphere regarding, for instance, the dominance of Netflix on the market. Chastel specifically asks for funding for a ‘European Netflix’. Nevertheless, research presented in this report regarding streaming services indicate that there may be both local and transcultural affinities tied to non-European operators on the European market.

The fear of especially American domination is nothing new, as analysed by Ramon Lobato (2019), since satellite TV resulted in similar discussions in the 1980’s and 1990’s. Also applicable to Netflix, Lobato stresses that ”we see the launch of a disruptive television service, the attempted export of a service to global markets, uneven uptake, cultural blowbacks, and then a commitment to localization and local cultural production” (Lobato 2019: 109). All three streaming services analysed in this report have resorted to local production in order to cater local audiences, which indicates that top-down political actions like the one proposed by Chastel may very well be supplemented by bottom-up audience reactions, as various European audiences demand localised popular cultural material. In this case, ‘European’ merely refers to productions emanating from a European country. 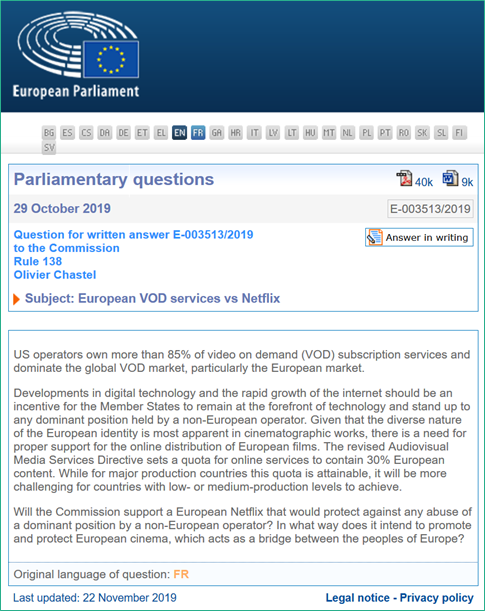 This report shows that direct policy generation of a transnational European culture through production may be very hard to establish. ‘Europe’ does not occur as a market or a cultural mindframe in the interviews conducted for this report. Distribution and production is increasingly tied to transnational mechanisms in funding and co-production, but it is difficult to highlight these tendencies as specifically European. Even global institutions, like Netflix, realize that local markets need localized content and communication strategies.

However, if European policies for media production and distribution should incentivize increased transnational European collaboration across the local and regional identities on the continent, our policy analysis of the Creative Europe TV programme indicate some challenges that policymakers should address. In the period 2014-20, 69% of the grants for TV programming went to only five North-Western European applicants: France, Denmark, the UK, Germany and Sweden. In general, this indicates a bias in the policy incentives in the funding system.

As the DETECt project’s research area is fiction, our policy analysis focuses on funding for fictional programming (not animation and documentary). In this case, the North-Western bias becomes even more conspicuous, as 77% of the €44m in fiction award sums distributed in this period have been awarded to production companies based in Sweden (23%), Germany (18%), Norway (12%), Denmark (12%) and France (12%) (see figure 2). While these countries also account for a significant amount of European TV fiction circulating in the EU, altogether, this creates a policy problem, since few and rich countries with well-developed and already interconnected creative sectors are the territories that receive the programme’s benefits of production support and transnational exposure of local co-productions. 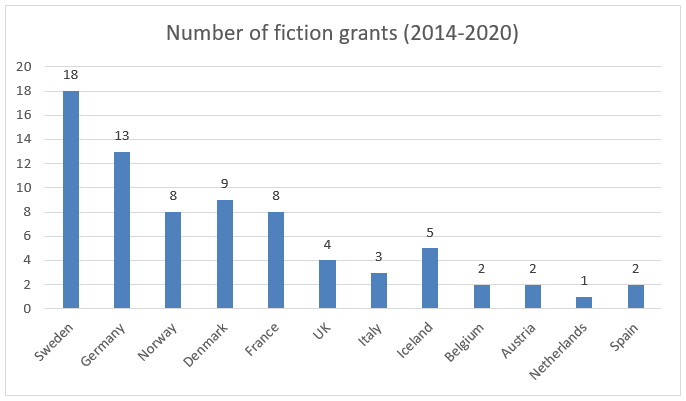 Figure 2: Fiction grants in the Creative Europe TV programme in the period 2014-20.