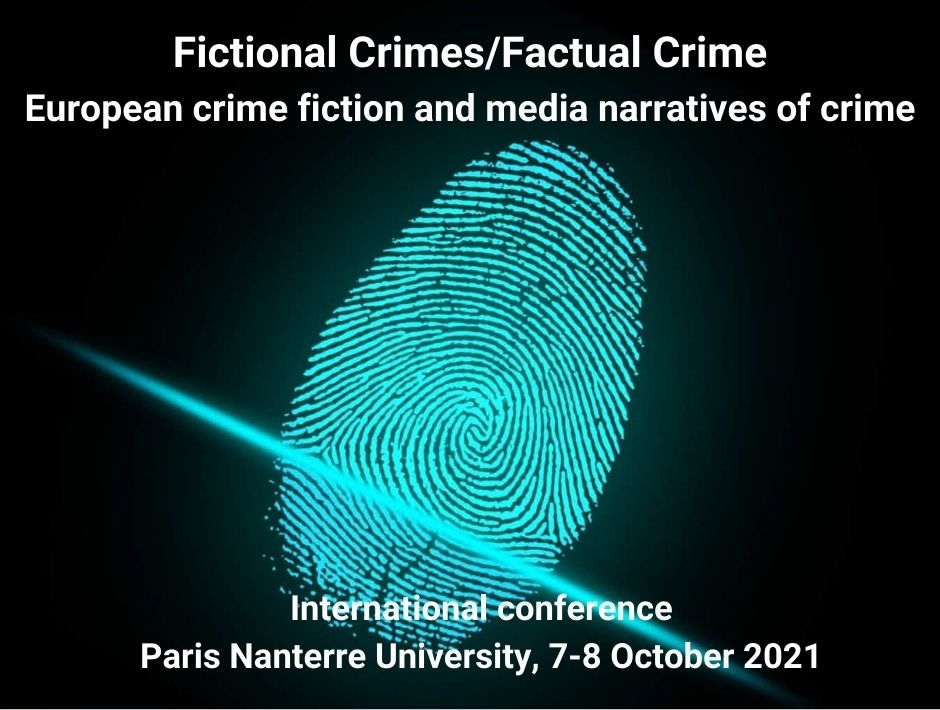 The close relationship between crime fiction and authentic events is a crucial aspect of popular culture, in Europe as elsewhere. On the one hand, crime fiction has always drawn from news stories and social issues as a source of inspiration to deal with and reveal the most unspeakable practices or hidden aspects of our societies. On the other, news media have regularly borrowed the devices of fiction to increase their dramatic appeal: among the most notable examples are the serialization techniques adopted by the 19th century press to report police cases, the “true crime” programs of cable and satellite television and the multitude of articles or reports that make use of fictional intertexts. A number of recent studies have shown the importance of these exchanges, highlighting how the communicational dynamics of news media and the narrative structure of crime fiction have displayed strong reciprocal affinities since the advent of modern media culture, ever since the appearence of the 19th century literary genre of the urban mysteries and up to the contemporary ambitions of much crime fiction to occupy the space of journalistic investigation. Such exchanges, which can be found everywhere in the western world and beyond, also thanks to their broad international circulation, play a significant role in the ongoing homogenization of European imagination.

Moreover, the relationship between media culture and crime narratives is not limited solely to the ways in which fiction borrows some of its plots from the news, or the news imitate the stylistic devices of fiction. Rather, it calls into play the discursive structures that underpin both the journalistic discourse and crime fiction (in all of its different varieties: mystery, investigation, revelation, sensationalism…). Such proximity suggests that the two domains share not only a common social (as well as political and psychological) sensibility to the world, but also similar hermeneutical and rhetorical strategies in their respective interpretations and reconstructions of reality. More generally, their complex interplay, far from being anecdotal, suggests the existence of a profound complementarity between discourse and imagination. Assuming the existence of a much closer relation between fictional and factual accounts of crime may help explain the parallel evolution undergone by the two domains during the transformation of the media ecosystem. In fact, each new medium has invented its original modes, both fictional and factual, of representing crime, reformulating earlier forms inherited from the past and adjusting them to its own logic and means of expression.

In this conference, we would like to examine the porosity of media discourses on crime, both fictional and factual, and their meanings in terms of cultural imagination, ideology and/or social discourse. We invite proposals from all fields of media studies–literature, press, radio, television, cinema, internet and social media–particularly in a European perspective. Emphasis should be placed on the contemporary period and the ways in which media contexts impact textual forms and formats. Proposals are welcome that interrogate the ambiguity between fiction and factual events: for example, case studies that analyze the ways in which fictional stereotypes, forms and styles are adapted into factual statements or, conversely, the ways in which true crimes are transformed into fictions. Investigations on cases that blur the boundaries between the fictional and the factual after a process of media adaptation or migration are also welcome as well as more theoretical, global, transversal or historical approaches.

Possible topics include, but are by no means not limited to, the following:

The conference is organized as part of the H2020 DETECt project and the ANR Numapresse project. The conference will be held at the Paris Nanterre University.

Download the Call for Papers in English and in French.

The conference will be held at the Paris Nanterre University.