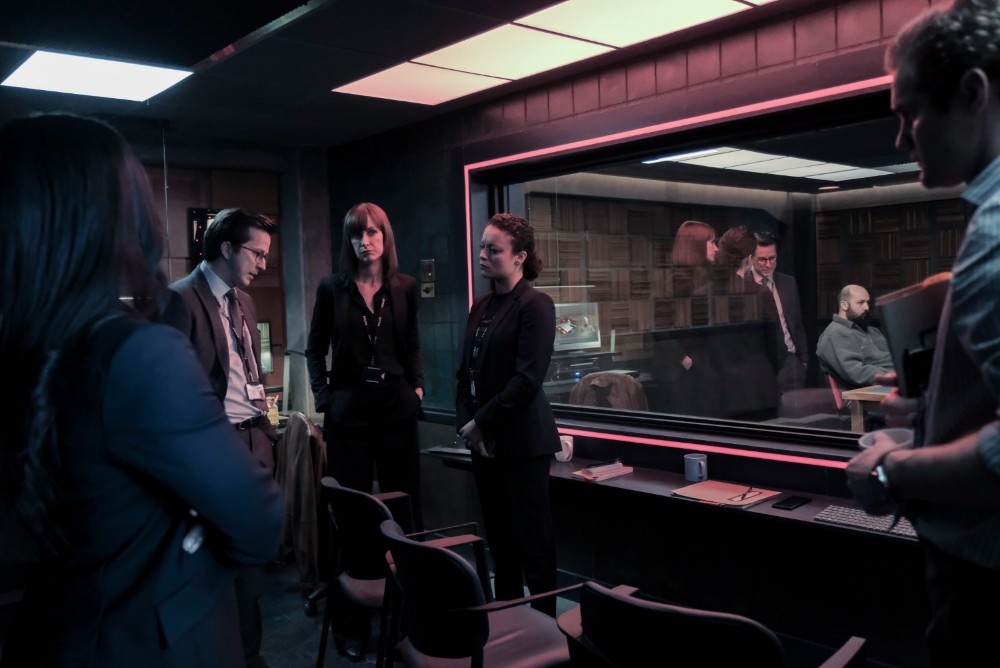 The Netflix police procedural is an anthology developed in four chapters, each centred on one different European country.

What does exactly make the tv series Criminal (Netflix, 2019) an interesting key to understand the transformations of crime fiction genre in the European scenario?

Though being filmed in Netflix Studios set in Madrid, Criminal has been created by English showrunners George Kay and Jim Field Smith who embarked themselves in the unusual mission to coordinate four different crews of directors, screenwriters and as many casts of actors, each pertaining to every country involved in the project.

Distribution replicates and multiplies production’s geographical variety. Criminal is in fact a ‘series of series’, an anthology developed in four chapters, each centred on one different country – Criminal: France, Criminal: Germany, Criminal: Spain, Criminal: UK – and twelve episodes in total, each of one titled with the name of the suspect. Netflix has strategically enhanced this peculiar format through different poster visualizations, through which subscribers can access and watch the three episodes of each country-based anthology.

Drawing on different strategies, the peculiarities concerning production and distribution processes, as well as format’s, are mainly articulated through the narrative structure of the series. All the episodes are set inside the same police station and revolve around the interrogation of the suspect. The choice to include ‘local’ actors – as mentioned, each cast being different for every country, for each anthology – along with the high quality of their acting skills, contribute to successfully relocate the different series into their specific national horizon.

Finally, many of the fictional investigations at the centre of the episodes, are deeply connected to contemporary political and social issues, like the exploitation of illegal migrants, pedophilia, femminicide, domestic violence, deaths at work. European communities are troubled not only by their angst and worries, but also by collective traumas related to notorious terrorist attacks (Bataclan concert hall massacre inspires the first episode of Criminal: France) and historical events that marked Europe’s history and identity at the end of the last century (as does the Berlin wall in the first episode of Criminal: Germany).

Read the full article in Italian on Fata Morgana Web.