DETECt and Serial Eyes are looking for the next great European crime series!

We are looking for proposals for TV series in the crime genre for either broadcast or streaming services. The proposed show should push the genre in unexpected ways, using crime narratives to explore the richness and complexity of European society. An international jury of top industry professionals will review the final five submissions. The winning author(s) will be invited to attend the DETECt final project conference in Rome in June 2021.

What We Are Looking For

In the DETECt CRIME SERIES CONTEST we welcome proposals for any kind of crime fiction. We proceed from the assumption that good crime narratives are able to capture international audiences and offer engaging transcultural representations, revealing the profound diversity that characterizes all of European countries and informs the everyday experience of their citizens.

We are looking for project proposals (not scripts!) that outline the major elements of the television series. The proposal must be written in English and no longer than 5 pages (A4, standard formatting). Proposals may be for procedural or serialized returning series or for limited series (mini-series). Series length should be 6 to 10 episodes at 25–30 or 45–60 minutes per episode. The proposal should discuss the following elements:

Proposals must be the original creation of a writer or a writing team. Proposals should be saved as PDF files. Be please sure to include on the cover page:

Submissions must be made no later than 15 March 2021 via Serial-Eyes Submission Portal.

Our jury consists of top industry professionals involved in the creation and distribution of crime series.

Was born in 1958 in Naples, where he lives and works as a writer, screenwriter and playwright.
He has published several crime book series, all of which are currently ongoing and are among the bestselling in the Italian literary market. The first is a twelve-novel series centered on Inspector Luigi Alfreo Ricciardi, whose stories are set in the early Thirties and were adapted by the Italian public broadcaster RAI into the TV shows Il commissario Ricciardi in 2021. His second series, the ten-novel series I bastardi di Pizzofalcone, is set in contemporary Naples and was also adapted for the small screen in 2017 by RAI. The first book of a third series, Sara al tramonto, was published in 2018, and was followed in the last few years by three more novels. De Giovanni is also the author of numerous short stories, among which those starring social worker Mina Settembre stand out: Un telegramma da settembre and Un giorno di settembre a Natale. The TV series Mina Settembre, aired on Rai Uno in 2021, was based on these works.
Among his most recent books: Dodici rose a settembre, his first novel completely dedicated to fictional character Mina Settembre, and Il pianto dell’alba. L’ultima ombra per il Commissario Ricciardi, both published in 2019; Fiori per i bastardi di Pizzofalcone and Una lettera per Sara, both appeared in 2020; and the fourth chapter of the Sara Morozzi series, Gli occhi di Sara, which will be released in Spring 2021.
Maurizio de Giovanni has also written for theatre, adapting the novels Someone Flew Over the Cuckoo’s Nest by Ken Kesey and American Buffalo by David Mamet. He authored the original script of Entrata indipendente and Il grande silenzio.
In 2012 he was awarded the Scerbanenco Prize – the most important Italian award for crime fiction – for his book Il metodo del coccodrillo.

For the past 14 years Karen has been the Head of Marketing and Communication at Cattleya: Italy’s leading independent Film and TV production company. Throughout her professional career she has had the opportunity to work hands-on with multiple top-tier distribution companies, broadcasters and SVOD platforms to create integrated marketing and communication campaigns for over 40 films and multiple high-end TV series. Notable crime projects include the series Romanzo Criminale, Suburra, the worldwide hit Gomorrah, recently Petra, as well as the feature films Siberian Education, Suburra and The Immortal, a spin-off of Gomorrah – the series. The Immortal is a highly innovative, unprecedented cross-media project, where a stand-alone movie becomes a segment of the story, and creates a bridge between two seasons of a television series. She has always been a strong advocate of highly integrated traditional and digital marketing plans, and of the paramount need to engage the marketing function from the early stages of production. She continues to actively serve Cattleya on high profile productions, yet since 2019 she has transitioned to a new role as independent movie and series professional consultant, working also with other Italian production companies and industry associations. She takes pride in having been a Founder and Board member of Women in Film, Television & Media Italia. 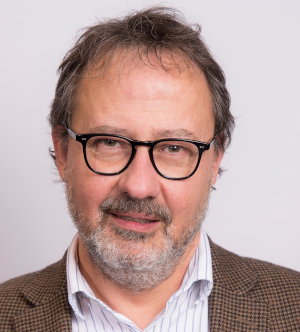 Steve was Consulting Producer on all three series of Neil Jordan’s series The Borgias for Showtime Networks, and produced four series of RTE’s award winning Dublin gangster series Love/Hate. He was formerly Head of Development at Ray Winstone’s Size 9 Productions and worked as a script editor at the BBC on Silent Witness. He is currently VP Executive Producer, Drama Development at HBO Europe where he has worked on series including Pustina, Aranyélet, Umbre series 2 and 3, Blinded By The Lights, Uspjeh, The Sleepers, Foodie Love, Gösta, Beforeigners and Patria. 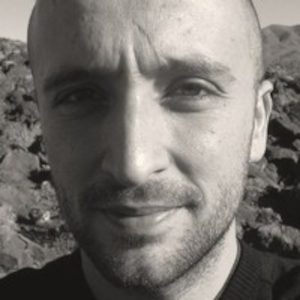 After graduating in Communication Sciences at Alma Mater Studiorum, Giacomo spent his career in Mediaset where he held several roles in Marketing, Programming and Acquisitions.
He is currently responsible for managing content acquisition for Mediaset Group channels and platforms, in charge of Global Super-indies, Us Mini-Major, European studios and Italian distributors. 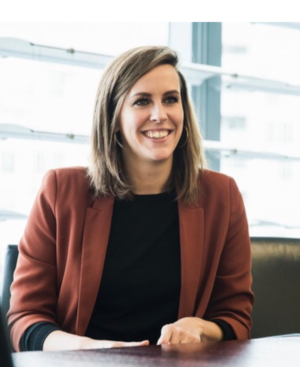 Eva van Leeuwen joined Netflix as a creative executive for Local Language Originals in 2018 to focus on growing the slate of German language Original Series. Born and raised in Düsseldorf, her passion for film and TV led her to studying in Münster and Coventry, before starting to work for various film production and distribution companies in 2006. Prior to joining Netflix she led the theatrical production unit for Sony Deutsche Columbia Pictures for six years and produced movies including Who am I, 25KmH and Help, I Shrunk my Teacher.

The winner will be invited to attend the DETECt final conference in Rome, Italy (21-23 June 2021) and have the opportunity to meet the members of the jury (travel and accommodation expenses covered by the organisers). In addition, the winner will be awarded an annual subscription to an online marketplace for films and series in development, including a script analysis and evaluation.

Download the Contest Press Release in English, in Italian, in Spanish, in French, German, and Hungarian.

Download the Press Release in English or in Italian.