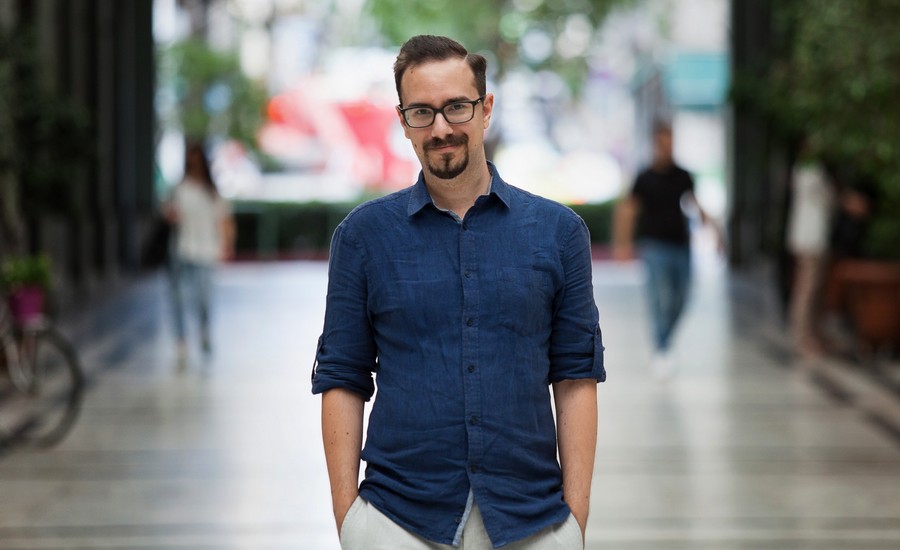 In our case study, we focus on the work of a relatively new crime fiction Greek writer, Vangelis Giannisis (b. 1988). Giannisis began his writing career in 2013, with the novel “Hatred”, which was the first of a series centered around police inspector Anders Economides. In 2020 Giannisis published his fifth novel in this series, called “Amarok”. He has also published a novel outside the series, “The Isdal Woman” (2019), with an introduction by the Norwegian author (and former senior police officer) Jørn Lier Horst. All of Giannisis’ work has been published by Dioptra Editions.

Our interest focuses on his crime fiction series, which is composed of the following novels: “Hatred” (2013), “The Castle” (2016), “The Dance of The Dead” (2017), “The Shadow” (2018) and “Amarok” (2020). The main character of these novels is the Greek-Swedish police inspector Anders Economides who lives in Sweden. Economides’ identity is constructed in the borderline between Greek and Swedish mentality and culture, thus it could be characterised as transnational and transcultural, therefore versatile and transitional. In parallel, the identity of the enemies that he confronts in every novel acquires a similarly versatile and borderline character, as they are linked variously with contemporary political and social problems that plague not only Sweden but Europe as a whole.

In general, Giannisis adapts the nordic noir style of crime fiction into the modern Greek social and cultural context, developing a literary series which is appealing for crime fiction readers from Greece and potentially from Europe and even further. Thus in Giannisis’ work we can detect most of the trademarks of Nordic noir: gore and usually stylized violence, hidden family or personal secrets that come to light, sociopolitical critique, multilayered storytelling, a combination of Realism and Melodrama as genres, and an emphasis on gloomy urban or natural spaces reigned by snow, cold, suspicion and fear (Creeber, 2015. Papageorgiou, 2014). This Greek adaptation of Nordic noir could be grouped along with other similar adaptation cases around the world, both in literature and TV.

The transitional identity of both Anders Economides and his enemies, a fundamental element of Giannisis work, could be studied as a literary representation of the social, political and cultural differences between the North and the South of Europe. Furthermore, Giannisis’ series could be seen as an attempt to build a bridge above the chasm between the northern and the southern European countries, through crime fiction.

Anders Economides, the police inspector who is the main character in Giannisis series, lives in the Swedish city of Orebro and he works at the local police force. Economides’ parents are Greek, who left Greece in the period of the Military Dictatorship (1967-1974), because they were politically hunted by the regime. Economidis is married to a Swedish woman and they have an underage son. Thus, Giannisis creates a fictional hero on the borderline of the Greek and the Swedish identity.

One of the main features of nordic noir is the cooperation between representatives of the law whose identity differentiates and interacts, both in literature, as the A-Team series by Arne Dahl, and in TV, like the show “Bron/ Broen”. In Giannisis novels the interaction of different identities – the Swedish and the Greek one- is internalized in the personality of Anders Economides.

Economidis is always in an inner battle with the Greek elements of his personality. Although he tries to be assimilated in the Swedish way of life and to set his accounts with his Greek descent, he frequently returns to it: in times of critical moral decisions he asks answers in Ancient Greek philosophy or when he faces a great danger he instinctively talks in Greek. Probably, the most representative of these indicators of Greekness is that, in all of the five novels, Economides insists on using his worry beads, which operates as an object of memory and connection with his Greek origin and also a psychological refuge in times of stress and fear. The worry beads are connected with the cultural tradition of Greece and generally of the East, so they function as an element of otherness to the Swedish social and cultural background.

In parallel, there are traits that demonstrate the otherness of Economides with the overall Swedish social background. These indicators of otherness are mainly related to a critical view that Economides has on some sides of Swedish and more generally Scandinavian society: the economic and gendered inequalities that hide under a surface of social justice, the turn from Social democracy to neoliberal politics and finally the antithesis between the stereotype of Scandinavian society as harmonic and balanced and the uncontrolled powers of crime, violence and morbidness that lies beneath it. Therefore, Giannisis achieves to relate the feeling of otherness that defines the protagonist with the sociopolitical critique of the nordic noir subgenre, avoiding the trap of moralizing didacticism. 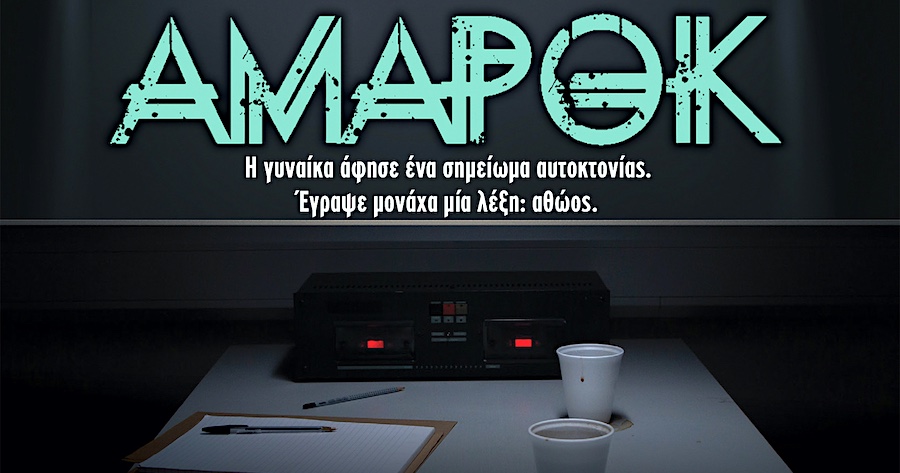 We could say that the villains that Anders Economides faces in every novel are the main factor that connects Giannisis’ novels with the nowadays social, political and economic reality, especially with its negative side. The first novel of the series, “Hatred” is representative: the Orebro police unit, with Economides as its central figure, hunts a probably neo-nazi killer of young muslim women. The central subjects of the next novel of the series, “The Castle” are drug addiction and police corruption. In the third part of the series, “The Dance Of The Dead”, Giannisis deals with another European and international circle of vicious crimes: this time Economides chases a vigilante who tortures and kills pedophiles, always wondering if the vigilante’s acts are ethically right. Of course these hardcore criminal activities concern all European societies, from the Scandinavian north to the Mediterranean shores.

Furthermore, these social problems are part of a wider concern: social cohesion in modern urban environments is fragile, as it is constantly threatened by the uncontrolled powers of crime. This state of mind connects Giannisis’ work with one of the most basic characteristics of crime fiction in general, a trait rooted in the genre’s beginnings: the concept of ​ anomie stated by Emile Durkheim in the very end of the 19th century. 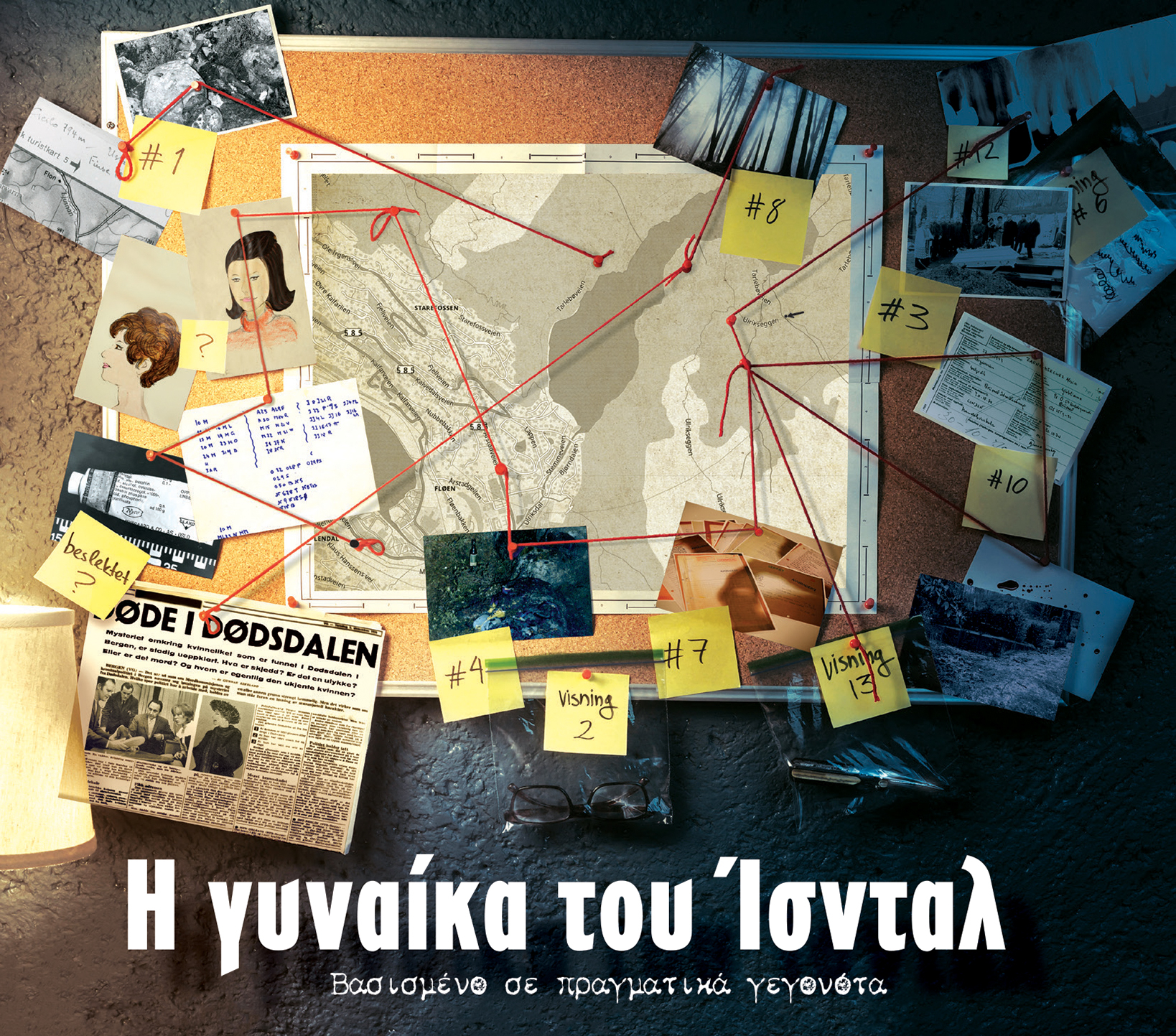 The interaction between two local but European colors, a bridge between the North and the South

In Giannisis’ series with Anders Economides, gradually from novel to novel, a Swedish-Scandinavian local color is developed, which promotes a picture of a developed and balanced society. Of course this positive representation is balanced by the reference to the above mentioned problems of Scandinacian societies. This local color is largely rooted in Giannisis’ appreciation for Swedish mentality, culture and way of life and especially the ones of Orebro, in which he lived when he was writing his first novel. After all, he chooses to write in the Nordic Noir style, which is considered as a typical example of current Scandinavian culture.

However, on the other hand, a Greek local color is present in the series, shaped by the dynamic and transitive personality of Anders Economides, who -as we already mentioned- is influenced by Greek habits, memories and experiences. The signifier of “blood” is attached in Greek and generally Balkan local color, meaning a perspective based on a deeply personal experience and memory, both positive and negative. In a crucial excerpt of “The Castle”, we read the following dialogue between Economidis and his colleague, inspector Jajanovic, of Bosnian descent:

Jajanovic:) ​ Don’t you miss homeland?
Anders shrugged. The way that Jajanovic coloured the word homeland was so familiar. It reminded him of the warmth of his father’s voice, every time he let this sacred word out, with fear and awe, that he will stain it with his mouth which was used to a foreign language.
“I was born here”, he answered
“And what does it matter? Blood is blood. It never forgets”. ​ (“The Castle”)

In conclusion, Anders Economides inner struggle between his Greek and Swedish identity represents, through literary conventions and techniques, the difficult coexistence of the contemporary two dominant social, political, economic and cultural sides of Europe, the North and the South boundaries of the continent. In parallel, the enemies of Economides, the criminals and outlaws that he faces in every novel, represent the common problems that bring the north and south European countries together.

Therefore, Giannisis work could be seen as an attempt to build a bridge between these two cultural sides of Europe. After all, one of Nordic Noir major features, which Glen Creeber characterizes as “the philosophy that lies at the heart of Nordic Noir” is the fact that Nordic noir “reveals an intensely complex and divided world which can only be healed through a combination of tolerance and cooperation (…) In short, bridges have to be built.” (Creeber, 2015). Thus, the transcultural division of Anders Economides’ identity and also the problematic regarding his enemies show that above their differences, these two sides of Europe are sine qua non parts of the same civilization, the European one.

A bridge between Northern and Southern Europe

Vagelis Giannisis adapts stylistic and thematic elements of Nordic Noir
into a modern Greek social and cultural context.
This website uses cookies to improve your experience. We'll assume you're ok with this, but you can opt-out if you wish.Accept Read More
Privacy & Cookies Policy