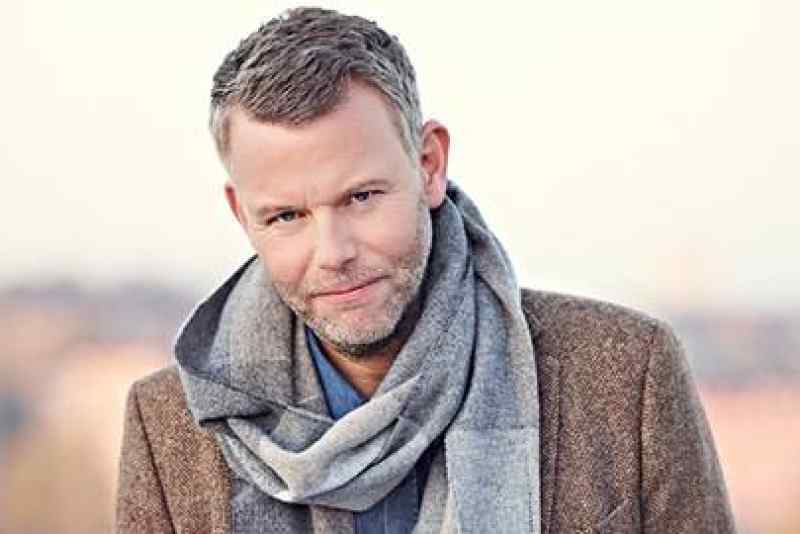 Jan Arnald is a prolific Swedish writer and literary critic. He has published a range of international crime novels under the pseudonym Arne Dahl. With his books translated into 32 languages, including some into Turkish, and a preference for stories about international crime, Jan Arnald is truly transnational in scope. His Intercrime series has been televised by Filmlance International and broadcast on Swedish and British television 2011-2015. Arnald’s crime stories draw on the Swedish tradition of socio-critical narratives, popularized by Mai Sjöwall and Per Wahlöö. This article introduces the Turkish audience to the compelling authorship project by Jan Arnald, the real figure behind the Arne Dahl pseudonym.

Related and in opposition to Nordic Noir

Internationally, the Arne Dahl novels have been associated with Nordic Noir, but the writer sometimes writes in opposition to some of the main characteristics of the subgenre. Most importantly, his main characters in the Intercrime and the OpCop series do not directly hold the physical and psychological flaws often associated with e.g. Martin Beck and Kurt Wallander. Instead, his project has, from the start, been to establish a truly interactive and collaborative police unit with no direct associations in body and mind to the flaws of society. Although the minds of the police officers, tricky plotlines and creative associations with embedded topics established through the narrative tension are sometimes almost fantastic, and although the structure of the novels are downright self-reflexive in stature, the intentions behind the collaborative police-force is a direct attempt to represent an actual, real idea about collaborative police-work.

In the OpCop series this idea becomes ideal, as it is taken to a political and principled level in the way that the collaborative, transnational police unit solves crimes in a truly transnational manner, serving an alternative to the lack of cohesion and collaboration often associated with European investigative bureaucracy. The creative, sealed and whimsical plotting of the Intercrime series is also, at the same time, tamed by the dogma to always touch upon the most important cultural topic in the year preceding the novel. In other words, planning the content of the 10 novels in the Intercrime series had at root to leave the opportunity open to integrate a pressing cultural phenomenon, e.g. Afterquake (2006) integrating European terrorism after the London attack in 2005. The result is a range of novels that intentionally pushes the boundaries of the crime genre through selfreflexive narratives, but at the same time the narratives stay closely related to the socio-critical vein of Nordic crime narratives.

For Jan Arnald, the meta-layers of the narratives have also been directly protruding his project about authorship. The crime authorship started as the unknown pseudonym Arne Dahl, and only after the fourth Intercrime novel the real authorship behind the project was disclosed. The identity of Jan Arnald was, nevertheless, hidden in a name that was considered a ¾ anagram of Jan Arnald. However, the selfreflexive manner of the two now associated authorships – Arnald and Dahl – was taken to new levels when the author wrote an Arne Dahl novel under his real name, i.e. Jan Arnald’s Intimus, and a Jan Arnald novel under the Arne Dahl pseudonum, i.e. Arne Dahl novel Eleven.

From the start, the project has been less tied to steering closely to the contents of Nordic Noir and more associated with attempting to create direct associations with high art literature. Even if that is the case, the Arne Dahl project stayed within the dogma of Swedish crime narratives to write 10 novels in a series, but once again the title of the final novel in the Intercrime series Eleven sets out to stretch the boundaries of the crime genre, i.e. entitling the novel Eleven in opposition to the 10 novel dogma. In Swedish, the novel is entitled Elva, which actually means both ‘eleven’ and ‘elves’ at the same time. Once again, the authorship plays with ambivalences and artistic features, basically marked by the fact that the main characters of the Intercrime novels – the police collective – have no recollection of what goes on in the novel Eleven.

This means that the Arne Dahl novels work on two levels and contains, in fact, two model readers. On the one hand, it is very much possible to read the novels as entertaining, surprising and strongly plotted crime narratives in the vein of Nordic Nor. On the other hand, one gains access to a deeper level of artistic and intertextual features by reading between the lines and uncovering the hidden gems of literary, cultural, intellectual, pop-cultural and philosophical history scattered strategically throughout the authorship. Some of these features are abandoned in the Berger & Blom series that seeks a more intimate narrative with only two main characters and slightly more in the vein of traditional Nordic Noir novels.

The strong art-strategies and the play with authorship identities in the Intercrime series was, however, not a feature that was utilized to great extend in the TV series based on the novels. Rather, the series reads the novels in the vein of the entertained model reader and associates the narratives more directly with the tightly plotted crime features and less with literary project about infusing crime narratives with high art features. Nevertheless, the series maintains the collective idealism of the novel series and portrays a much more dialogical interpretation of the collaboration, and at the same time the local janitor of the police headquarters does imbue a certain selfreflexive layer into the crime series, but in keeping this layer to a minimum the series gains access to a wider both local prime time viewership and an international Nordic Noir audience.

For the Turkish readership

Arne Dahl’s novels has – in small bites – been translated into Turkish for the publisher Hep Kitap. However, this article incites a further translation of the novels in order for the wider readership to able to gain access to the much more through-going authorship project that trespasses all the Arne Dahl series and even into his authorship under his real name Jan Arnald. The Arne Dahl project really asks: what is an author? And if one should have a chance to reply to this question, then deeper access to the wider authorship is very much needed.