The exhibition will run from March 6th to December 31th, 2020 at the Bibliothèque des littératures policières. Admission is free. Closed on Sundays, Mondays and holidays.

For two centuries, Europe has been fascinated with crime. Tales of underworlds and detectives, crime novels and television series have circulated from the Mediterranean to the Urals. They have unified collective imaginations to the point of constituting one of the building blocks of our European identity.

Taking the media culture of the 19th century as a starting point, and in particular the fashion of urban mysteries (“Les Mystères de Paris” in France; “The Mysteries of London” by Reynolds; “I Misteri di Napoli” by Mastriani), this exhibition presents a chronological journey through the stages of the globalization of the collective imagination in relation to crime. How does this collective imagination play a part in the construction of a European representation?

Each part of the exhibition is accompanied by original editions, booklets, and posters, that complete the content of a series of spotlights on specific phenomena. Cinema and TV series are also explored, even if literature remains at the heart of this exhibition from the collections of the Bibliothèque des littératures policières.

From the seminal “Mystères de Paris” all the way to the “Millenium” series, European literature has always reserved a special place for crime narratives. They have accompanied the transformations of our societies, revealing through the decades the hidden face of the mo- dern city, fear of the working classes, the conflicts brought about by industrialization, the rise in power of a society of control and abuses by the multinationals; they have also probed the liberation of mores and laid bare social injustices. Intimately connected to our world, they have fed the European imaginations.

From the seminal “Mystères de Paris” all the way to the “Millenium” series, European literature has always reserved a special place for crime narratives. They have accompanied the transformations of our societies, revealing through the decades the hidden face of the mo- dern city, fear of the working classes, the conflicts brought about by industrialization, the rise in power of a society of control and abuses by the multinationals; they have also probed the liberation of mores and laid bare social injustices. Intimately connected to our world, they have fed the European imaginations.
Born with the 19th century press, and today penetrating all the major media – cinema, radio, television – crime fiction is the product of a media culture whose dynamics of sensational revelations it espouses by means of a framework of mystery and investigation. In this way, even in the form of popular fiction, often phantasmatic and stereotyped, it is designed to make sense of our world. Following the evolution of the genre, therefore, means questioning our representations over two centuries and the way in which fiction puts them into a readable form.

For works of crime fiction have circulated throughout Europe, generating versions adapted to local tastes. French, English, American, and, today, Scandinavian works have thus played a role in homogenizing the collective imaginations. Some countries, such as Germany at the beginning of the 20th century and Italy in the 1960s have played the role of conduits. Others, such as Spain and Greece, have shown an incredible ability to appropriate the genre. Likewise, during the Cold War, the Eastern European countries continually contrasted their values with those of the fiction produced by the enemy bloc. Thus, through exchanges, adaptations and imitations, crime fiction has given a common form to the fears of Europeans and to their way of considering modernity. Far from any authors’ pantheon, it is this circulation of the forms and patterns of crime fiction that this exhibit aims to render.

The only one of its kind in France (or in Europe), entirely dedicated to crime and espionage literature, the BILIPO plays an original role in the conservation of a long-neglected cultural patrimony. It offers at the same time a very significant collection of fiction (crime and spy novels) in both French and other languages, as well as a collection of reference works on criminology, forensics, criminal cases, the police, and the legal system. 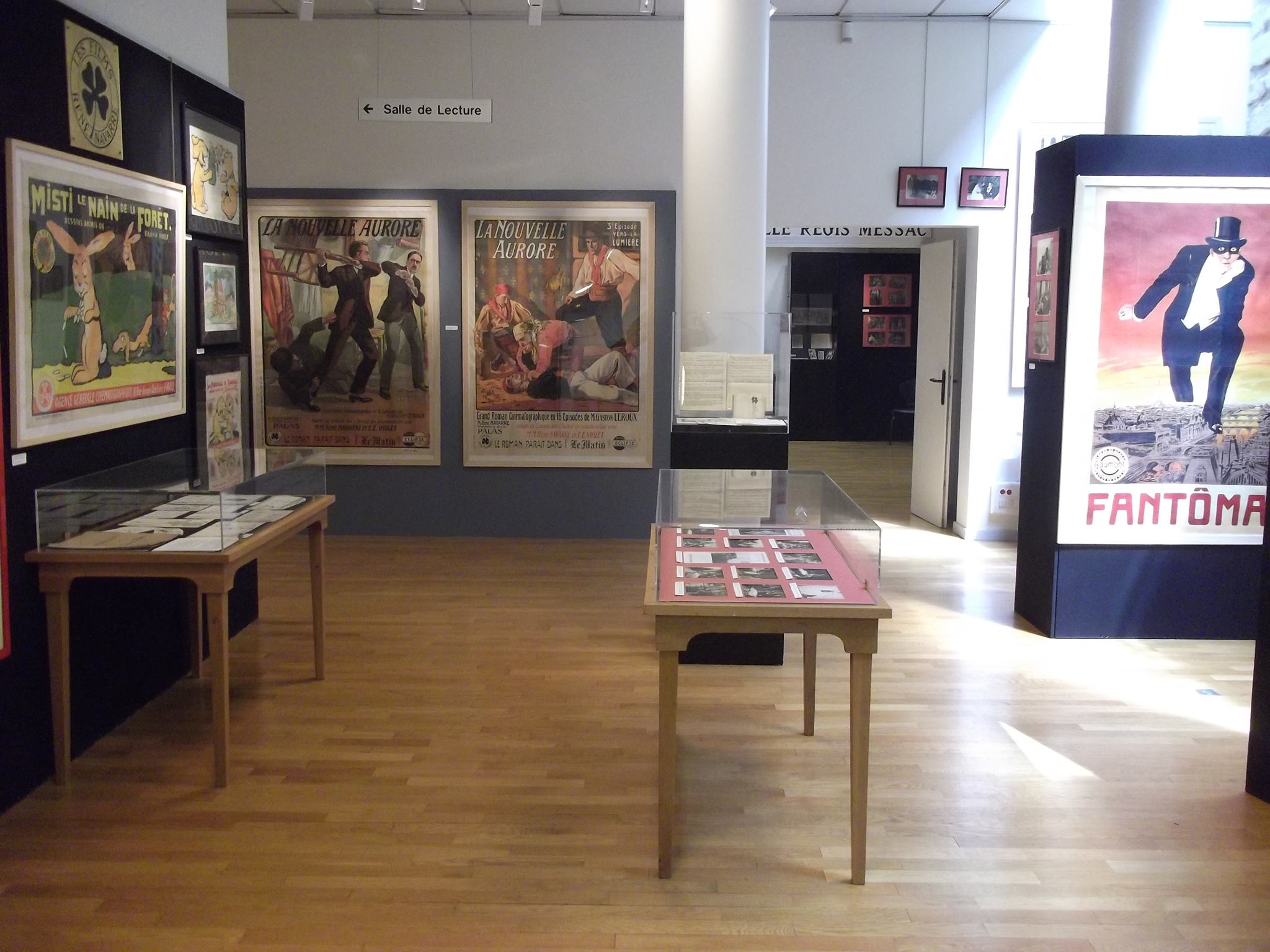 The exhibition continues on the website, with a series of dossiers on, among other topics, the typology of the crime novel, television crime series, rural crime fiction, and the clue in the detective novel. The site also provides references to numerous video and audio resources, and offers its visitors a quiz to test their knowledge.

Matthieu Letourneux, professor of literature at the University of Nanterre/Paris X

Adrien Frenay, academic, instructor at the University of Nanterre/Paris X

Alice Jacquelin, PhD in Literature, and with the assistance of Samuel Schweigelhofer.