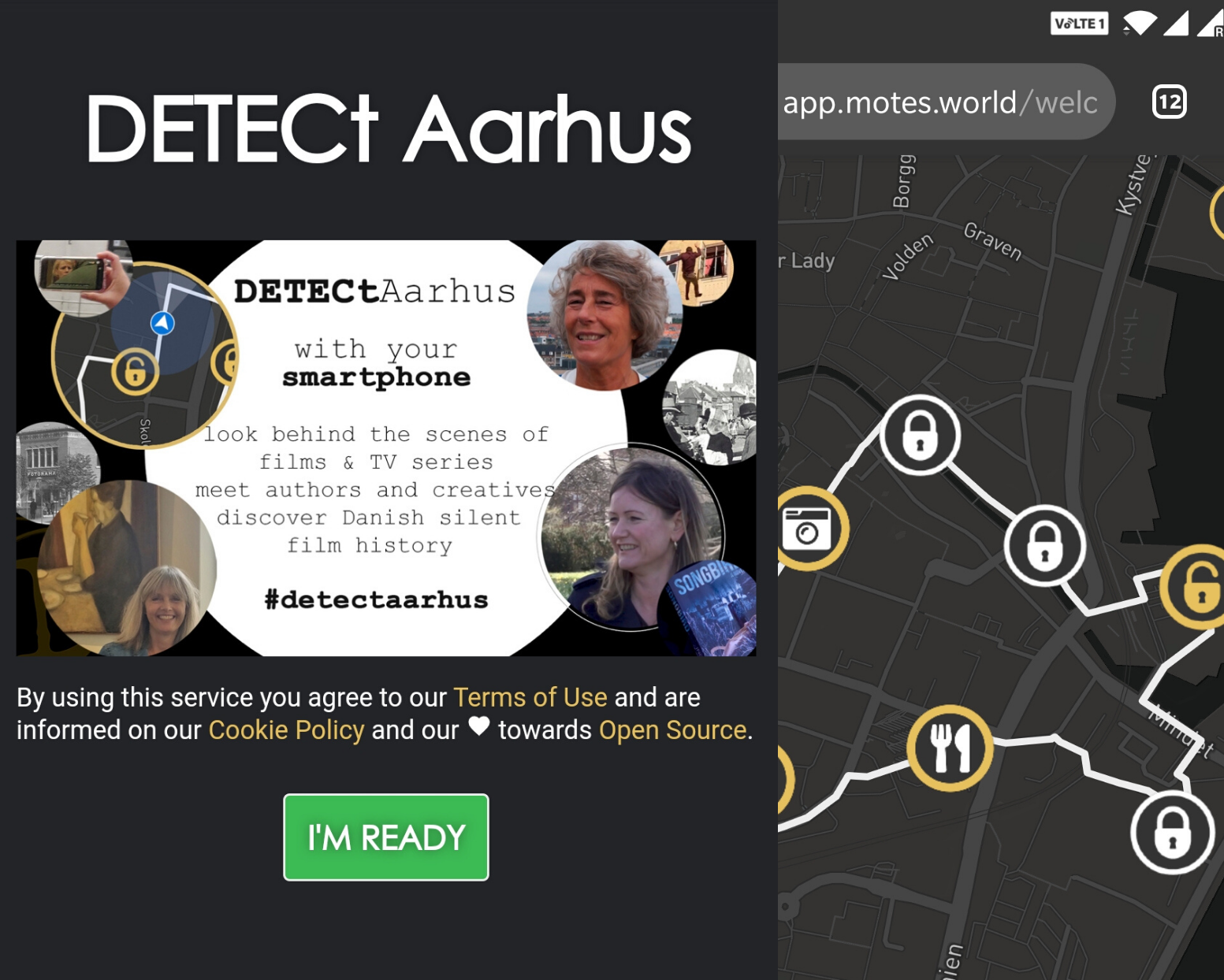 simply visit www.detectaarhus.eu with your smartphone.
DETECt and VisitAarhus have now launched their mobile web-app DETECtAarhus, which introduces users to Denmark’s second city and its more criminal sides. The DETECt Aarhus App guides visitors through the city via GPS. On three different themed walking tours, users can look behind the scenes of popular films, crime series and literary stories produced in Aarhus. The web app contains trailers, making-of videos, interviews with creatives, archive images and many tips for exploring the city. All this content can be unlocked once the user is in Aarhus and standing on the specific location connected to the stories.
Some of the crime stories featured in the app are well known: The Danish film Undtagelsen, The Exception, has launched in Denmark on 2 July 2020. The crime thriller is based on a famous novel by Christian Jungersen. Actually, the story is set in Copenhagen, but with the help of the web-app and location scout Ulla Malmos visitors can discover why filming took place in Aarhus and how the locations were selected. TV2 Denmark’s crime reporter Dicte has investigated on Aarhus Streets between 2013 and 2016, screened by TV 2 Denmark and also available internationally on Netflix and Walter Presents. Visitors can also meet Aarhus-based authors like Elsebeth Egholm who created Dicte. They can listen to Inger Wolf reading from her novel Songbird on location and get writing tips from up-and-coming author Thomas Bagger. Other stories are truly secrets to be discovered. In the early 20th century, Aarhus was a centre for silent film production in Europe. The eccentric entrepreneur Thomas S. Hermansen started his cinema chain in Aarhus in 1906 and also opened a film production factory in the city. The remnants of this forgotten history come to life in the web-app.
Aarhus is Denmark’s second-biggest city with ca. 300,000 inhabitants. So, it is easy to discover Aarhus on foot or bike. The app also contains recommendations for bars and cafés offering visitors the famed experience of Danish “hygge”. DETECt Aarhus is a browser-based mobile web-app. This means that users don’t have to install an app, but simply visit the website www.detectaarhus.eu to get started. Travellers from outside the EU who can’t enjoy free data roaming can download the app via WiFi. 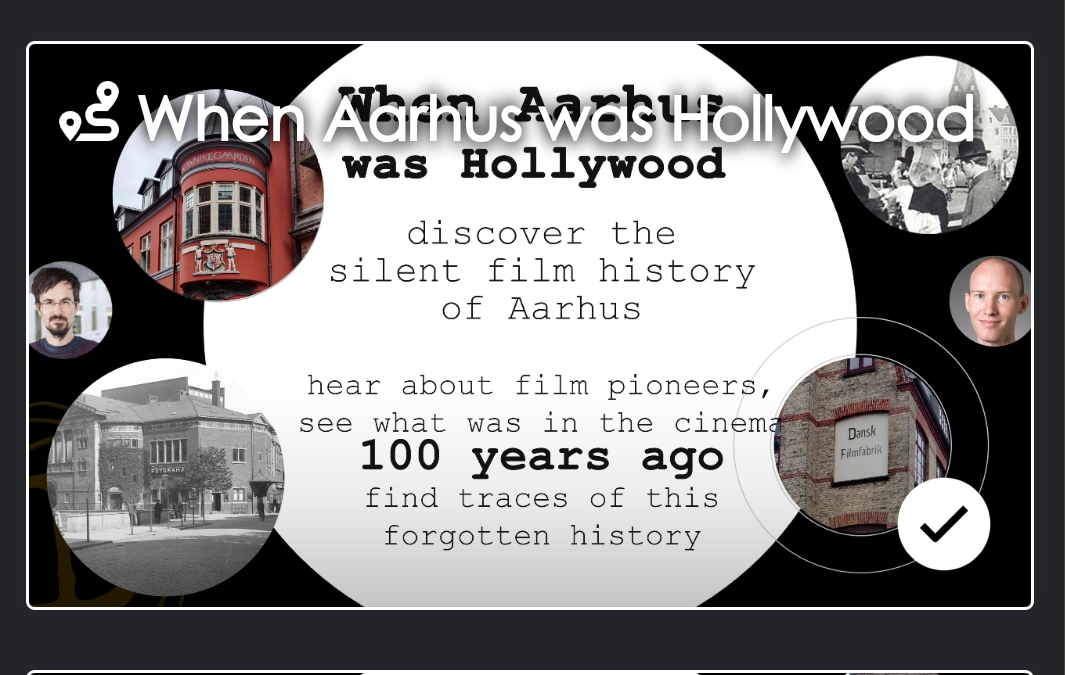 The DETECt Aarhus web-app has been created by Aarhus University and VisitAarhus in collaboration with the Copenhagen based company Motes. The development of the app included a research period in which the pilot version was tested with Danish and international students in Aarhus. Findings from this research period are published in DETECt’s research report “Location Marketing and Cultural Tourism”.

The “integration” of the DETECt Aarhus App within the DETECt Portal will enable the import of relevant data collected through the daily use of the App into the DETECt Repository from which it will be possible to create new transnational interactive maps to feed the DETECt Atlas. Examples of relevant data are statistical information on users, like gender, age, country, and expressive data, such as likes and comments.
Following the pilot experience of DETECt Aarhus App, the University of Bologna is now working on the DETECt Bologna App, with the aim to create an immersive, interactive crime-themed tour through the city of Bologna, merging authentic locations and popular Italian crime narratives that have a connection with these places. The result is an augmented touristic experience, which benefits from entertaining contents associated with popular crime narratives, in order to foster a more vivid involvement with the city. The first release of the Bologna App is expected for April 2021. Stay tuned!
This website uses cookies to improve your experience. We'll assume you're ok with this, but you can opt-out if you wish.Accept Read More
Privacy & Cookies Policy