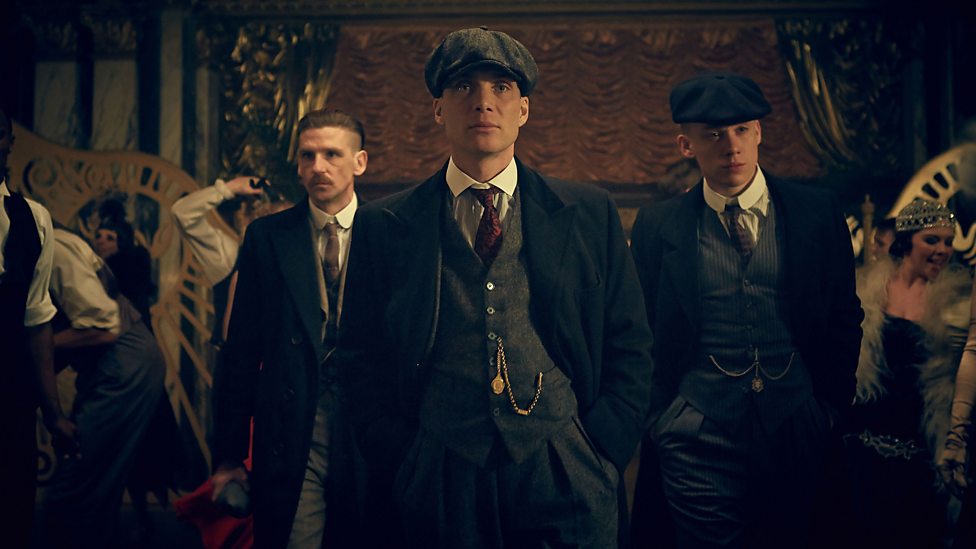 Peaky Blinders is a British period crime drama show produced by the BBC, and began broadcasting in 2013 on BBC Two. After the first four seasons, season five ran on BBC One. Set in Birmingham, the series follows the criminal endeavors of the Shelby clan in the immediate aftermath of the First World War. Peaky Blinders features an ensemble cast of internationally renowned talent: Cillian Murphy, Helen McCrory, Joe Cole and Paul Anderson star as the gang’s senior members. Sam Neill, Tom Hardy, Paddy Considine, Adrien Brody, Aidan Gillen, Charlotte Riley, Sam Claflin and Anya Taylor-Joy take on recurring roles at various stages of the series. Created by Steven Knight, who rose to fame with scripts for films such as Dirty Pretty Things (Stephen Frears, 2002), for which he received an Academy Award nomination for best screenplay, and Eastern Promises (David Cronenberg, 2007), is also the co-creator of the famous game show Who Wants to Be a Millionaire?.
The distribution of the show via Netflix, which had acquired the rights to air Peaky Blinders in America & around the world, guarantees a wide circulation of this crime show within Europe. Peaky Blinders has received high praise for its writing, acting, visuals, and stylish cinematography, as well as for casting an eye over a part of England and English history rarely explored on television. The Britishness of the setting and the historical context are often acknowledged, especially with regards to WW1, the financial crash, and the raising fascism of the 1930s. The introduction of Oswald Mosley, a real-life fascist of the time, in particular is a talking point in reviews, social media, and blogs. Some hail this is a brave move especially in the context of Brexit and right-wing parties all over Europe, others bemoan this as distracting from the gangster saga. Peaky Blinders is also perceived as flirting with populism itself, with the Shelby clan representing the disgruntled citizen who takes the law in his own hands against the oppressors (police and politicians).

Cillian Murphy breaks down the rise of Tommy Shelby (2019):

Cillian Murphy breaks down the rise of Tommy Shelby (2019):

Steven Knight On The History (And Future) Of Peaky Blinders:

Steven Knight On The History (And Future) Of Peaky Blinders:

On Peaky Blinders and fascism: