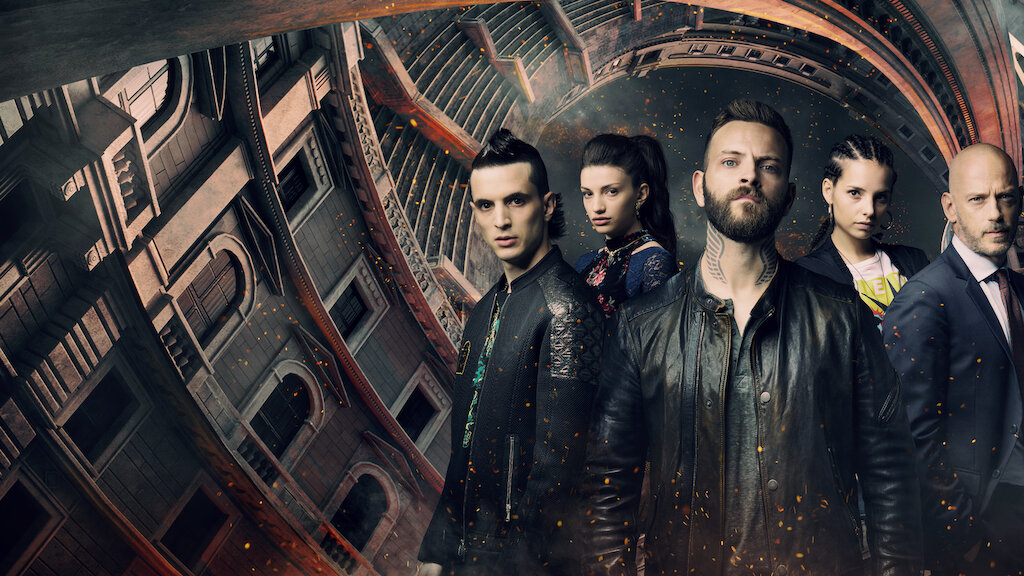 Suburra – La serie (Eng. transl. Suburra: Blood on Rome) is an Italian web television series. The first season was released on Netflix on October 6, 2017. The show is a prequel to the film Suburra (Stefano Sollima, 2015), based on the 2013 novel by Giancarlo De Cataldo and Carlo Bonini. Suburra was Netflix’s first Italian-language original television series, produced by Cattleya (Romanzo criminale, Gomorra) in association with Rai Fiction.
The events narrated in Suburra  – a title derived from an area of Rome that, in ancient Roman times, was a crowded lower-class district – are inspired by the “Mafia Capitale” investigation and focus on power clashes and corruption in the Roman (and Italian) society, showing links among organized crime, politicians and churchmen. While at first Netflix acted as a ‘simple’ distributor for La casa de papel and Peaky Blinders, with Suburra it played a key role in producing the show. This makes it a good example of the recent wave of European crime series that are addressed for both a local and an international audience from their inception. The relative international success of Suburra and its obvious links with other Italian and European series make it therefore a perfect case for the study of the reception of this specific kind of crime drama. The focus on the Sinti community, the depiction of homosexuality, and the increasing role of active female characters are also a consequence of Netflix’s involvement in the design of the series. Thanks to these traits, especially the inclusion of homosexual and Sinti characters which do not usually feature in mafia-related films and television, or not in leading roles, the series gained a considerable acclaim

Giancarlo De Cataldo talks about Suburra and Romanzo Criminale in a conference at Luiss University in 2013 [in Italian]:

Giancarlo De Cataldo talks about Suburra and Romanzo Criminale in a conference at Luiss University in 2013 [in Italian]: